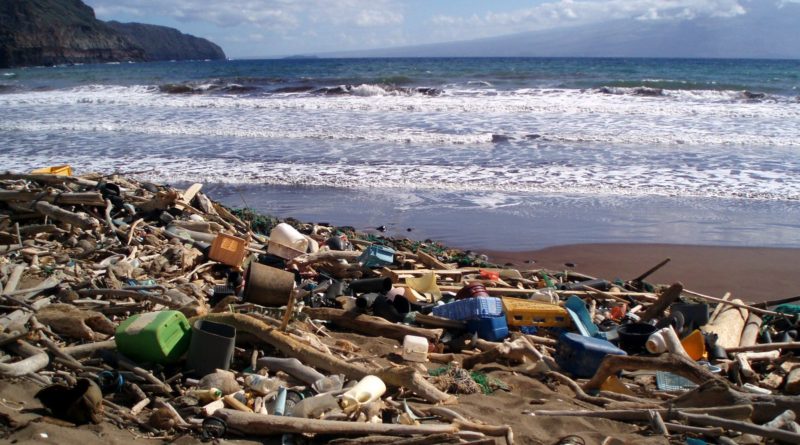 STATEWIDE — A multiagency effort to update California’s strategies and objectives on marine debris prevention and reduction could be taking final shape as the end of 2017 nears.

OPC had prepared the original implementation strategy to reduce and prevent marine debris in 2008.

A draft version of “California Ocean Litter Prevention Strategy: Addressing Marine Debris from Source to Sea” was presented by the collaborative team of OPC, NOAA and California Sea Grant in September, with the final draft expected to be made available to the public in mid- to late-November.

The draft strategy update identified ocean litter and marine debris as a “persistent” and “well-documented” problem.

“Between 1950 and 2015, 6,300 million metric tons of primary and secondary (or recycled) plastic waste was produced worldwide. Approximately 12 percent of this plastic waste was incinerated, and 9 percent was recycled, while 79 percent was discarded and is currently sitting in landfills or the environment,” authors of the draft strategy update stated.

Authors of the 2017 draft strategy update stated much has happened in the past nine years.

“Since the original strategy was developed, many of the actions described in the document have either been accomplished or are in progress,” the draft strategy update’s authors stated. “In some cases, the State’s regulatory or agency landscape has changed. In other cases, our understanding of the ocean litter problem has changed considerably since 2008, and some of the actions that were outlined in the 2008 strategy may no longer be the best way to go about addressing ocean litter.

“In addition, new forms of ocean litter, such as microfibers, have been identified since 2008, and are not covered in the original strategy,” the draft strategy update stated.

Marine debris, according to the drafted strategy update, originates from either land-based or ocean-based sources.

Litter disposed of land but eventually transported to the ocean – primarily by wind or via storm drains – makes up a majority of the debris in our waterways, according to the draft strategy update.

Plastic pollution is one of the most common forms of debris found in the water, planners at OPC, NOAA and California Sea Grant stated. The economic impact of plastic pollution, according to the draft strategy update, is about $13 billion annually.

“Preventing waste in the first place through initiatives such as packaging redesign and reusing materials is a better method for reducing waste as it reduces the amount of litter to control, capture, and dispose,” the draft strategy update stated. “This method is considered by the U.S. EPA to be the most preferred method for dealing with waste.”

Areas of focus, according to authors of the 2017 strategy update, would include waste management and implementation of effective or controlled cleanup methods (i.e., beach cleanups, street sweeping, stormwater capture, etc.).

Additional information on the state’s progress in addressing marine debris can be obtained by contacting Miho Ligare at California Sea Grant; Ligare can be reached at 858-534-1160 or mligare@ucsd.edu.