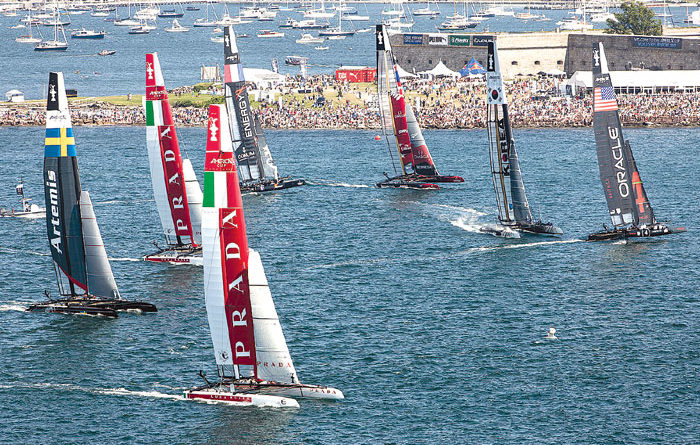 The regatta drew 65,000 spectators to Fort Adams State Park over four days, according to the report. When the event was announced, however, officials said they hoped it would attract as many as 90,000 people.

The event’s total economic impact also fell short of predictions. The report said it generated $52.7 million in activity at local businesses, salaries and taxes. Officials had initially said the event could generate up to $72 million.

Nevertheless, state leaders called the event “a success” and said they hope the report can serve as a guide to hosting future sailing events. “Hosting the America’s Cup races last summer was a great source of pride for Rhode Islanders,” Gov. Lincoln Chafee said in a statement.