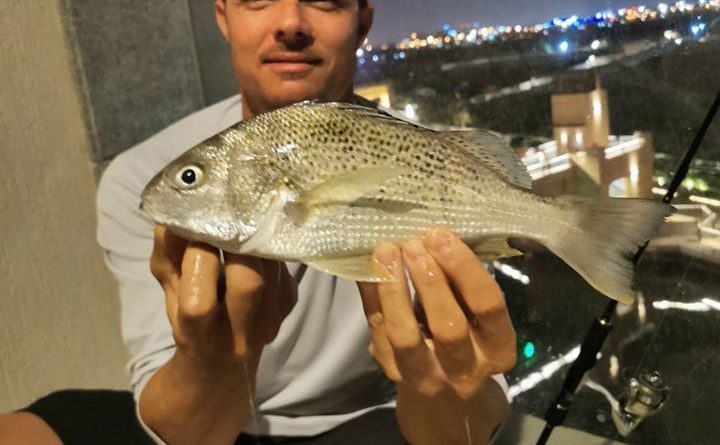 DUBAI—The Coronavirus-induced lockdown has made many people stir crazy. That’s what fueled an angler in Dubai to try fishing from his apartment building – 50 feet above ground.

Philip Du Plessis told For The Win Outdoors his apartment overlooks a brackish canal that showed more promise with each passing day of what was then a two-week lockdown. Plessis is the owner of Soolyman Sportfishing Charters.

According to the publication, late in the evening on a day March, 11 days into his lockdown, Plessis put a shrimp on his hook and began to cast. The actions were captured on video and posted to YouTube. The footage shows Plessis baiting the hook, casting from the balcony, reeling in a lively bream and his accompanying joyful reaction.

“Balcony bream,” Plessis said in the video while laughing after reeling the fish up over the balcony’s railing.

The video of the feat can be found at youtube.com/watch?v=ZGKzVVa8-dw&feature=emb_title.

Plessis told For The Win Outdoors that he had to cast 40 to 50 feet just to reach the water, and that the hookup occurred after his second cast.

Plessis told the publication tossing the fish back wasn’t much of an option, stating it would have landed on the walkway below and wouldn’t have survived the fall. He said he gave it to the building security guard to eat.

It’s unclear when anyone in Dubai will be back to fishing outdoors. According to CNBC, on April 4, Dubai handed down its strictest lockdown measures yet requiring a permit issued online by the Dubai Police for anyone leaving the house for trips deemed “essential” — which only include visits to the grocery store, pharmacy or doctor. A mask and gloves are required at all times when outside the house, on penalty of police action. The rules are in effect for two weeks and subject to renewal.