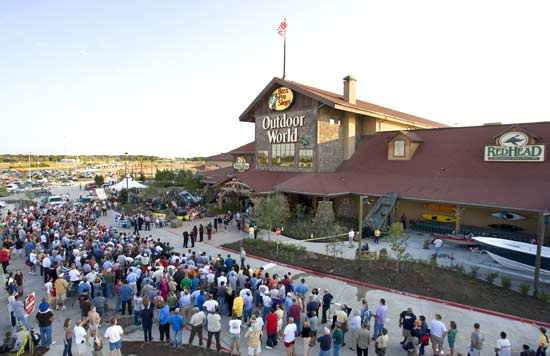 OMAHA, Nebraska (AP) ― Bass Pro Shops’ roughly $4 billion acquisition of rival outdoor retailer Cabela’s is complete, but the small western Nebraska town that has been home to Cabela’s is still wondering about its future.

The announcement didn’t address how many of the roughly 2,000 Cabela’s jobs will remain in Sidney, Nebraska.

Bass Pro said it expects to keep some operations in Sidney, but redundant headquarters jobs will likely be consolidated in Bass Pro’s hometown of Springfield, Missouri.

Both outdoor companies had humble beginnings.

Cabela’s was founded in 1961 when Dick Cabela started selling fishing flies through the mail from his kitchen table with his wife, Mary, and brother, Jim.

Bass Pro got its start in 1971 when founder Johnny Morris began selling high-quality fishing tackle in his dad’s liquor store in Springfield.

Morris developed a following in the region and created the Bass Pro catalog in 1974. Morris also introduced the Bass Tracker fishing boat in 1978 designed specifically for fishermen.