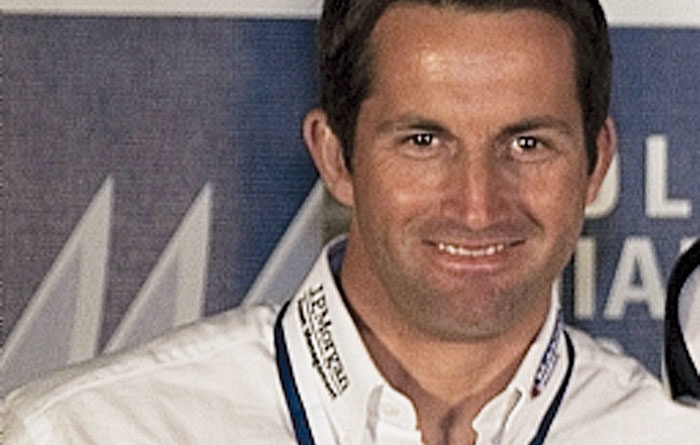 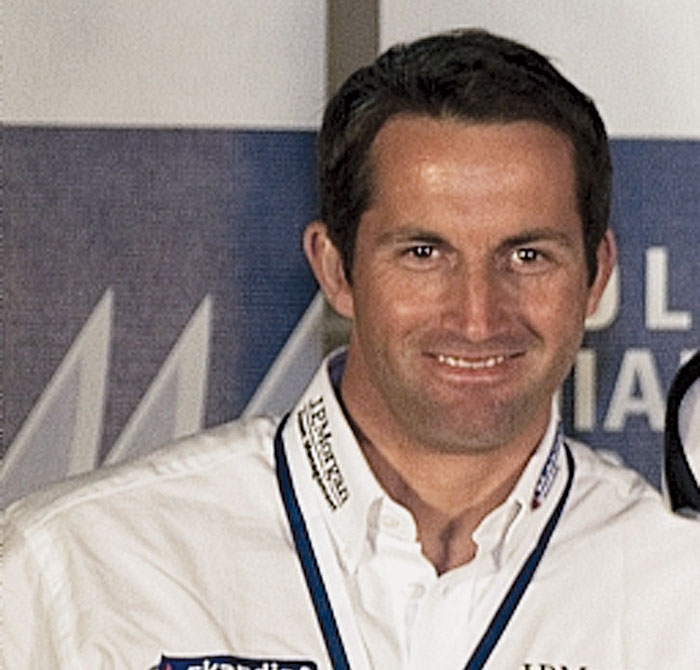 WEYMOUTH, England (AP) — The best sailor in Olympic history has never done it the easy way.

On a heart-stopping afternoon on Weymouth Bay, Ben Ainslie had to sweat it out a bit before he was able to celebrate in front of his countrymen lining the seashore, cheering and waving the Union Jack.

Ainslie might roll his eyes at being called Britain’s greatest sailor since Adm. Lord Nelson. But there’s no denying he’s the most successful sailor in Olympic history.

After trailing the entire regatta, Ainslie was spot-on with his tactics in the medals race and got a little help from the front of the fleet to win the Finn class gold medal on a pleasant Sunday. It’s his fourth straight Gold and fifth straight games medal overall, eclipsing Denmark’s Paul Elvstrom, who won four straight Gold medals from 1948-60.

Ainslie, the son of a sailor, pumped both fists, then stood up in his dinghy and pumped them again after finishing ninth in the medals race. It was one spot ahead of rival Jonas Hoegh-Christensen of Denmark, who had led since the opening race a week earlier.

A few minutes later, Ainslie did a victorious flyby along the shore, waving his own Union Jack and exhorting the crowd.             Hoegh-Christensen slumped in his boat after finishing last. He took the Silver.

“It was always going to be hard. It was the whole way through,” Ainslie said. “That race was certainly one of the most nerve-racking experiences of my life, but thankfully I came through.”

Ainslie went into the medals race trailing the Dane by two points. But because the medals race awarded double points, they essentially were tied. Whoever finished ahead of the other was going to win the gold, provided that Pieter-Jan Postma of the Netherlands didn’t finish too high.

With Ainslie and Hoegh-Christensen dueling at the back of the fleet, Postma could have swooped in and won gold. Postma needed to get into third place to spoil Ainslie’s nautical coronation, but he hit the back of New Zealander Dan Slater’s boat and had to do a penalty turn. He finished fifth.

That allowed France’s Jonathan Lobert, who won the medals race, to take the Bronze.

Expectations on Ainslie were enormous. He’d rallied before to win Olympic Gold and he was sailing in home waters. After Hoegh-Christensen won the first two races and kept finishing ahead of Ainslie, eyebrows arched.

“It’s always hard when people say you’re a dead cert, that you’re expected to win,” Ainslie said. “I knew that wasn’t the case and I tried telling everyone, but no one seemed to listen to me. And then of course when I wasn’t doing that well, then the heat comes on because the expectations are that you will do well. It’s a little bit frustrating, but that’s the nature of being in this position and I had to deal with that and fight back, and I did that.”

And then there was the bit about being called his country’s greatest sailor since Adm. Lord Nelson, who was killed while leading his fleet to victory over the French and Spanish fleets at the Battle of Trafalgar. A statue of Nelson rises high above London’s Trafalgar Square.

Ainslie felt that comparison was hype.

“I didn’t rescue the nation from the depths of Napoleon Bonaparte,” Ainslie said. “You do the best you can do in your style of racing.”

Still, his fourth straight Gold medal could lead to knighthood. After he won his third straight gold at Beijing, he was elevated to Commander of the British Empire by the royal family.

And being the best Olympic sailor is for real.

“I don’t think that will ever settle in,” Ainslie said. “It’s an amazing thing. But you talk about Paul Elvstrom, I mean, what he did all those years ago really revolutionized sailing. It was an amazing feat.”

Ainslie is in his element when things look grim.

Ainslie was 19 when he took Silver in 1996 in a bitter loss to Brazil’s Robert Scheidt in the Laser class. Scheidt induced Ainslie into a penalty at the start of the final race and then sailed to Gold.

It was the last time Ainslie didn’t stand atop the medals podium.

After moving up to the heavyweight Finn class, Ainslie had another remarkable performance at Athens in 2004. Disqualified from his second-place finish in the second race due to a protest by a French sailor, the British star fought back from 19th overall to win the Gold.

“Since obviously it comes down to the crunch, right, and you have to make it count, I’ve been very lucky in my career that when it’s really mattered, I’ve done that,” Ainslie said. “You look back at so many times when it could have gone the other way, yeah, I don’t know what that is, but I’m just very thankful to come through this.”

In the medals race, Ainslie tried to hunt down the Dane in prestart maneuvers but Hoegh-Christensen got away. The Dane made a mistake when he went to the left side of the course while Ainslie went right.

“I got ahead and then it was a matter of staying ahead of Jonas,” Ainslie said. “But the Dutch sailor, P.J., sailed a great race and got through and was close to taking the gold as well, so it was very nerve-racking.”

It’s unlikely Ainslie will try for a fifth straight gold in Rio. Later this month he’ll begin sailing with Ben Ainslie Racing in the second season of the America’s Cup World Series, and then sail with defending champion Oracle Racing in the 34th American’s Cup on San Francisco Bay in 2013.

“It was a great week, bad day,” Hoegh-Christensen said. “I was sure right would pay. No bad excuses. I did what I wanted to do. Unfortunately, it wasn’t enough today.”

In the Star class, Sweden’s Fredrik Loof and Max Salminen won the medals race, not sure what color of medal they had won.

It turned out to be Gold because the favored British team of Iain Percy and Andrew Simpson were eighth, having to settle for Silver, leaving the crowd hushed. Brazil’s Robert Scheidt and Bruno Prada finished seventh and got the Bronze.