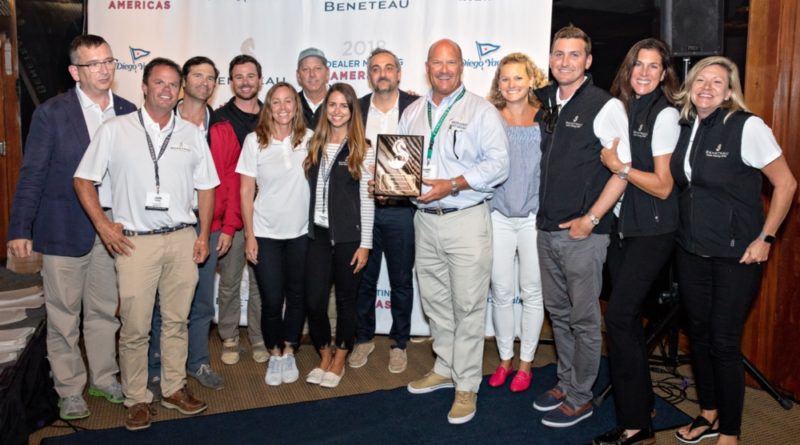 SAN DIEGO — Beneteau, one of the leading boat manufacturers in the world, held as gala at San Diego Yacht Club to honor more than 35 dealerships from North and South America.

South Coast Yachts, notable dealers with San Diego and Newport Beach offices, were awarded for the categories of Best Performance Overall and Best Client Appreciation at the dealer meeting, which takes place annually.

Jean-Francois Lair, director of sales, stated of the dealers: “For many years, our dealership network has been the heart of sales and service support initiatives.”

Lair continued: “These awards highlight the best of our network and offer our thanks for each dealer’s field of excellence, in the backdrop of our continued growth. This is why along the awards celebrating the sales performances from our dealers, we wanted to have dedicated on to the service and the client appreciation.”

After more than a decade of work at Beneteau, Lair was announced as Director of Sales for America toward the end of the year in 2017. Lair’s appointment was made with the hopes that his extensive knowledge would increase the growing American desire and interest in Beneteau’s products.

Other categories such as Best Performance for Sailboat and Fighting Spirit Award were announced for special achievements in the boating manufacturer’s circle of dealers.

Founded in 1884, Beneteau is a French brand that has engineered some of the most favored sailing yachts and powerboats worldwide. Known for quality, Beneteau has advanced in areas of design, architecture, technology, materials and service with an emphasis on sailing designs, but also many cruising yachts as well.

Learn more about Beneteau brand and products at beneteau.com or beneteaulife.com, or contact South Coast Yachts via the official website at scyachts.com or by phone at 619-224-7784.