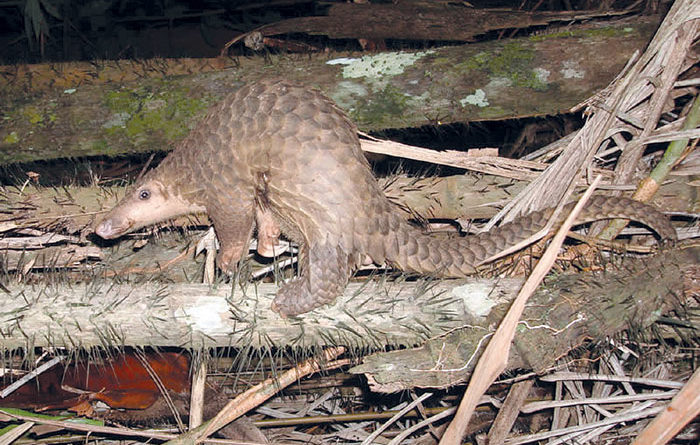 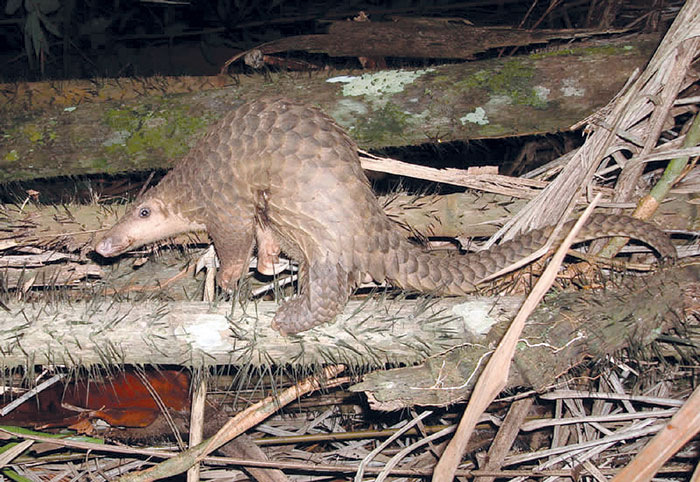 MANILA, Philippines (AP) — A Chinese vessel that ran into a protected coral reef in the southwestern Philippines held evidence of even more environmental destruction inside: more than 22,000 pounds of meat from a protected species, the pangolin or scaly anteater.

The steel-hull vessel hit an atoll on April 8 at the Tubbataha National Marine Park, a UNESCO-designated World Heritage Site on Palawan Island. Coast guard spokesman Lt. Cmdr. Armand Balilo said that 400 boxes, each containing 25 to 30 kilograms of frozen pangolins, were discovered during a second inspection of the boat.

The World Wide Fund for Nature-Philippines said the Chinese vessel F/N Min Long Yu could have been carrying up to 2,000 of the toothless, insect-eating animals rolled up in the boxes, with their scales already removed. The meat and scales of the pangolin fetch hundreds of dollars per kilogram in China, where many believe they cure various ailments.

The boat’s 12 Chinese crewmen are being detained on charges of poaching and attempted bribery, said Adelina Villena, the marine park’s lawyer. She said more charges are being prepared against them, including damaging the corals and violating the country’s wildlife law for being found in possession of the pangolin meat.

The Philippine military quoted the fishermen as saying they accidentally wandered into Philippine waters from Malaysia. They were being detained in southwestern Puerto Princesa city, where Chinese consular officials visited them.

Tubbataha is a 239,700-acre marine sanctuary and popular diving destination 400 miles southwest of Manila. The massive reef already had been damaged by a U.S. Navy ship that got stuck in January and had to be dismantled.

The fishermen face up to 12 years’ imprisonment and fines of up to $300,000 for the poaching charge alone. For possession of the pangolin meat, they can be imprisoned up to six years and fined, Villena said.