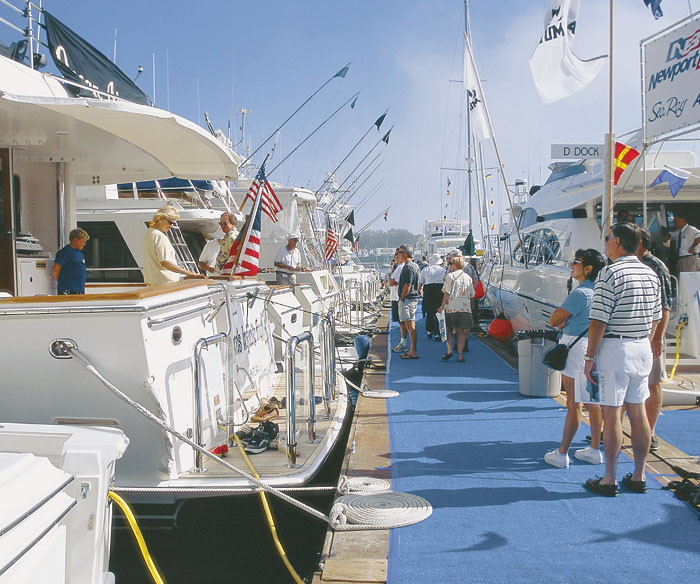 A Wall Street Journal headline in the Dec. 27 issue declared “Boat Sales Rev Back to Life,” and the article that accompanied it described how new boat buyers are helping to drive a boating recovery in California.

“Sales of powerboats are revving up in the state for the first time in five years, part of a national resurgence in a corner of the luxury sector that signals the economy is improving,” wrote Jim Carlton in the Wall Street Journal piece.

And the Wall Street Journal isn’t alone in its observations of improving boat sales.

According to the National Marine Manufacturers Association (NMMA), sales of new boats in California are up 2 to 3 percent over the previous year. And the news is even better nationwide, where the association said there has been a whopping 10 percent estimated increase in boat sales over the past year.

Early projections indicate the marine industry will see additional increases in 2013 by as much as 10 percent, NMMA announced on Dec. 17. This level of growth in 2013, the organization said, will depend on a number of factors, including continued improvement in economic conditions that affect recreational boating — namely, consumer confidence and the housing market — and sustained increases in Americans’ participation in outdoor recreation.

“Improving economic conditions and what seems to be a resurgence in Americans’ love for the outdoors have been helping to fuel steady growth in new power boat sales in 2012,” said Thom Dammrich, president of NMMA. “A 10 percent boost at retail in 2012 is significant, since this is the first time since the recession we’ll see growth across the powerboat market, and it will create momentum as we head into 2013.”

“After a decade of decline, Americans are participating in outdoor recreation in growing numbers,” Dammrich said. “And as they look for ways to spend time outdoors, boat manufacturers are taking cue, producing innovative boats that offer an all-encompassing entry to the boating lifestyle at a variety of price points.”

Mike Basso Jr., president of Sun Country Marine in Ontario, told the Wall Street Journal that his company’s sales of new and used boats in 2012 were up by nearly one-third over 2011 — with 300 sold. “I think people have increased savings, and have a little bit of discretionary income they didn’t have before,” Basso said.

As winter boat show season starts to ramp up, indicators look positive for a continued upswing in sales, NMMA added in its Dec. 17 announcement.