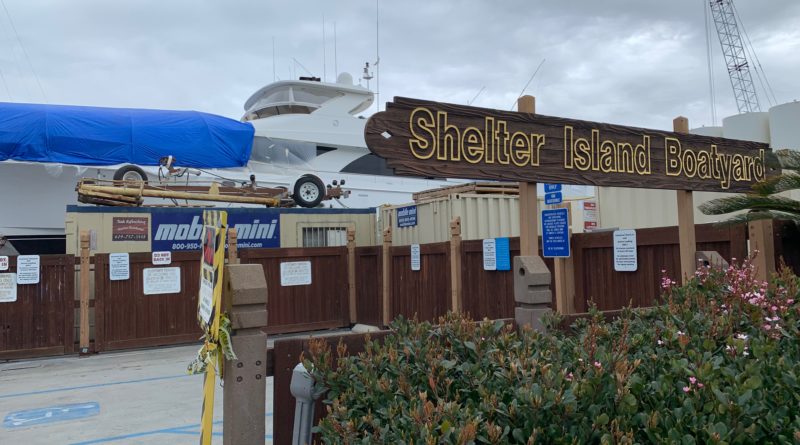 Some perks of boat show “career days,” which provide more than 41,000 jobs in California alone, have been free entry and networking with major players in the marine industry.

NATIONWIDE—A common concern seemingly crossing the desk of this writer on a regular basis is how to garner a younger audience in the boating industry, be it through sailing competition or increasing yacht club memberships. In Southern California especially, there is a specific niche for boating-related activities, but at the same time a noticeable decline in participation of younger crowds. Is there a way to get the younger millennial generations more involved? One obvious way seems to be boat show organizer moves to include more marine-based career days and networking opportunities.

In the recreational field alone, think of how many people in the marine industry are working to connect boaters to their beloved vessels – sales teams, brokers, manufacturers, and more.

Recreational boating is certainly one thing (a hobby that draws 141.6 million participants every year), but on the West Coast, San Pedro is breaking record numbers each year for longshoremen who are moving containers. Commercial boating and other marine-industry careers are available in numbers to those who have the skills and proper training to take on the trade. LinkedIn, a popular career searching tool, currently advertises thousands of jobs available by simply searching “marine industry” – that doesn’t even account for the many title specific careers that could pop up when searching in depth.

In an attempt to attract more people to boat shows (and as a benefit for vendors/sponsors who are looking to employ qualified people in the marine industry), it has been a rising trend to feature boating career days or seminars to the shows.

Ask most people how they got their current position and few of them will likely say it was through cold applying. Statistically, networking is the best way to find a new career. By adding career fairs to boat shows, it makes it easier to connect face-to-face with industry professionals.

For younger adults, those who are high-school- or college-aged, it’s the best time to begin looking into interesting careers and making those valued connections.

According to statistics presented by National Marine Manufacturers Association (NMMA), in California alone recreational boating offered 41,125 jobs in 2018. Of those jobs, 28,749 were direct jobs and 12,376 were indirectly related. The annual report stated manufacturers and suppliers, sales and services, boating activities and business tax revenue contributed $13 billion to California’s economy.

While some may think that boating is only a rich man’s hobby, NMMA reports that it is actually enjoyed by many Americans across the United States who fall into the middle class income bracket. As far as careers offered in this lucrative industry, there are varying positions available for people of all skills sets and educational levels.

In 2019, Seattle Boat Show, one of the largest exhibitors on the West Coast, hosted the first ever Marine Industry Career Fair.

A perk of attending the career fair, according to the official Facebook page, was getting into the show for free.

Another perk of the marine industry, according to Seattle Boat Show’s website, was the average salary for such positions was advertised as $70,800.

An article published by Boating Industry stated one of the show’s highlights was Boating Career Day, which took place on Feb. 15. Marine Trade Association of Massachusetts welcomed 130 students, hailing from all over the New England area, with presentations and question and answer sessions with nine marine and boating executives.

Is this new trend beneficial to the boating industry? Share your comments online or send a letter to the editor at editor@thelog.com.