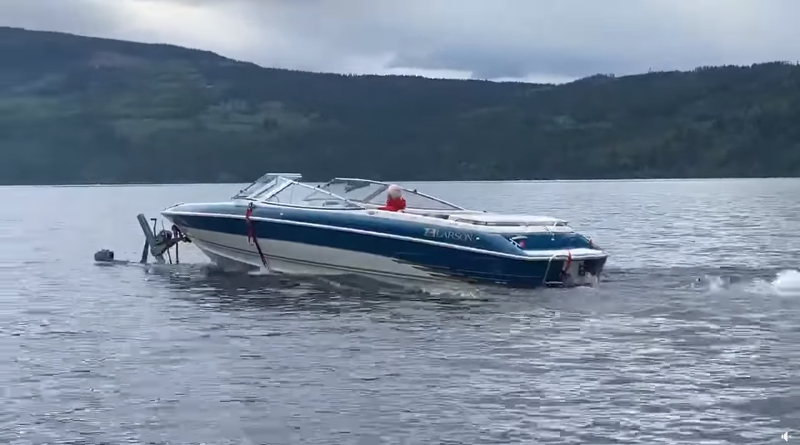 British Columbia, Canada—There never seems to be a shortage of unique and bizarre sights out on the water.

A video filmed by a boater of one of those recent encounters showed a boat cruising Shuswap Lake in British Columbia, Canada with the trailer still attached. While odd, it seemed intentional as the trailer appeared well secured to the hull of the boat with straps.

The unconventional boat travel was spotted by Rob Winder on May 22, who did a double take and then grabbed his cell phone to record the sight. He posted the 22-second clip to Facebook with the caption “notice anything odd about this boat. ?????”

Since being posted, the video has garnered more than 7.5 million views, 202,000 shares and tens of thousands of comments and likes. The video was also picked up by ViralHog, an online content site that buys and sells viral videos.

As for an explanation as to why the boater left the trailer on, Winder told Coast Mountain News the boater was probably moving the trailer to a boat-in cabin, going on to say he had heard of people moving trailers this way but had never seen it for himself.

“To get something that happened on the Shuswap up to 7 million views. It’s exciting for our little lake,” Winder told the British Columbia-based newspaper.

According to Britishcolumbia.com, the Shuswap Lake system offers more than 1,000 kilometres of shoreline, spectacular scenery and a pristine environment. The Shuswap boasts the largest houseboat fleet in Canada, and one of the largest in the world, the website also stated.