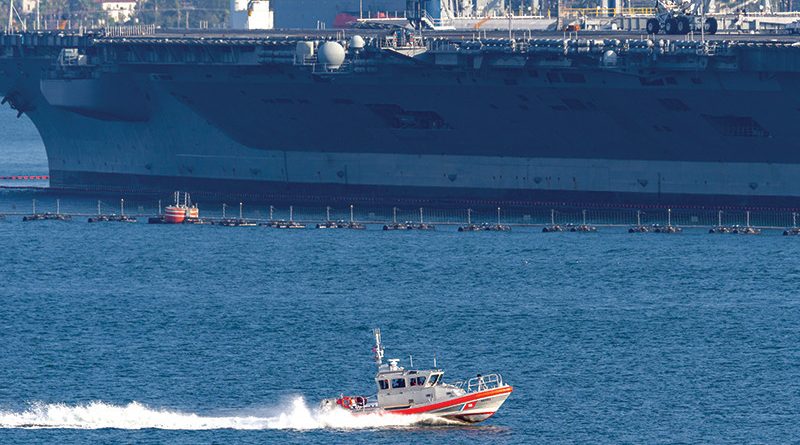 The U.S. Coast Guard recently released its 2020 Boating Safety Statistics Report providing a snapshot of the number of boating-related accidents and deaths in 2020 nationwide and statewide.

NATIONWIDE一 Boating accidents nationwide and statewide were up in 2020 from the previous year, according the recently released U.S. Coast Guard’s 2020 Boating Safety Statistics Report.

The increase in accidents coincided with a boating boom fueled largely by the COVID-19 pandemic.

“There is evidence that boating activity increased significantly during the pandemic, from reports of increased boat sales, insurance policies taken out, insurance claims, and calls for towing assistance,” the report stated. “With the increased exposure (i.e., more boating hours), there was greater risk of deaths, injuries, and accidents.”

The Coast Guard said in the report it is analyzing variables associated with boating activity to normalize this accident data.

Despite evidence of increased boating activity, there was a .34 percent decrease in the number of recreational vessels registered by the states in 2020 compared to 2019, according to the report. The report said numerous states cited difficulties registering boats due to office closures during the pandemic. The USCG told the Log in a previous email, given all the issues this past year with COVID-19, they expect any actual increases in boat ownership and registration to show up in the numbers for 2021.

Alcohol continued to be the leading known contributing factor in fatal boating accidents in 2020, accounting for over 100 deaths, or 18 percent of total fatalities, according to the report. Operator inattention, operator inexperience, improper lookout, excessive speed, and machinery failure ranked as the top five primary contributing factors in accidents.

“People forget sometimes that boats don’t have breaks unlike cars, so you’re definitely at a higher risk if you’re under the influence of alcohol while you’re operating a motor vessel,” said Dan Wishnoff, USCG petty officer at Station San Diego.

“We can really encounter anything from people in the water that are in distress from boat collisions, to fires, to medical concerns, boating under the influence, those are the main things that we respond to,” said Wishnoff.

The Coast Guard reminds all boaters to boat responsibly on the water and wear a life jacket, take a boating safety course, attach the engine cut-off switch, get a free vessel safety check, and boat sober.

Only 12 percent of boating deaths in 2020 occurred on vessels where the operator was known to have received a nationally-approved boating safety education certificate, according to the report. The report also found 75 percent of fatal boating accident victims drowned and of those drowning victims with reported life jacket usage, 86 percent were not wearing a life jacket.

“The biggest piece of safety advice I have is make sure you know your required gear that you’re supposed to have out on the water with you, depending on your size of boat you’re required to have a certain amount of gear,” said Wishnoff. “Make sure everyone has a life jacket on the boat.”

He also recommended all boaters have a VHF radio and use channel 16 in case of an emergency.

“Basically channel 16 is the same as calling 911 but on the water,” said Wishnoff.