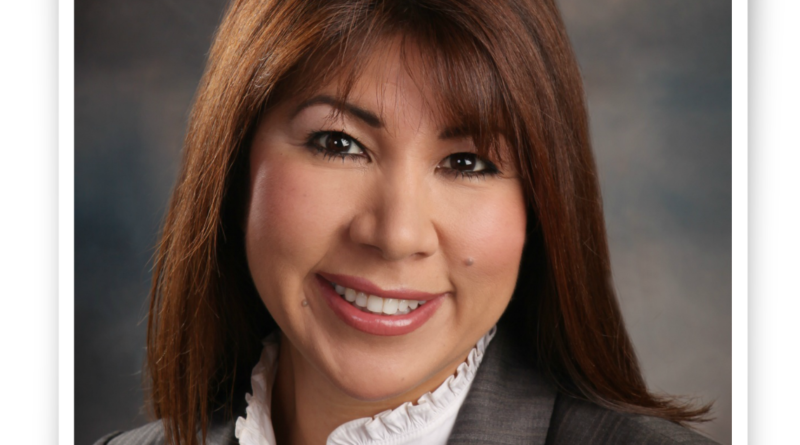 SACRAMENTO—California’s Division of Boating and Waterways Commission experienced a smooth transition of power during its first meeting of 2019. The only “controversy” was whether anyone would butcher the new chairperson’s last name.

Commissioner Virginia Madueño was elected as chair of the state’s largest body or commission dedicated to boating, Feb. 7. Madueño, during voting, jokingly told her colleagues she would only accept the chairmanship if everyone agreed to pronounce her last name correctly. Someone had fumbled the pronunciation of her last name during the nomination period a few minutes earlier.

The six commissioners present also elected Brian Cooley as vice chair; both Madueño and Cooley were unopposed in their respective candidacies and unanimously selected to their leadership positions.

Madueño, who represents the city of Riverbank, was appointed to the Boating and Waterways Commission by then governor Jerry Brown and has served since 2013. She said while she did not grow up in the boating world she will take every opportunity she could to learn as much as possible about the pastime.

“I stand here as somebody who didn’t grow up in boating. I have learned a lot in the past four years. I am not going to pretend to be something that I am not,” Madueño said.

The new commission chair recalled her conversation with Brown’s office when she received the call about her nomination to the commission. Madueño specifically stated she did not feel qualified for the position but was more than happy to absorb as much as she could about boating and recreational activities on the water.

“When I did get the call from the governor’s office, I did say I am not the most qualified for this position, in the traditional sense. I am not a boater, I do not know very much about boating and I don’t know much about recreational water,” Madueño, whose current commission term expires in 2021, said. “I would always make sure that I would take the best interest of the community and ensure the protection of the resources that we allocate to ensure that we … improve this industry.”

In addition to advising on California’s many boating issues Madueño is also the president of Imagen LLC, a marketing and publicity company she founded almost 18 years ago. Madueño was mayor of Riverbank from 2009 to 2012.

She succeeds outgoing chair Short, who joined the commission in 2014; his term expires this year. Short was Almar Management’s Chief Operating Officer between 1998 and 2000; he has served as the company’s president since 2000. Almar Management operates 17 marinas in California, Hawai’i and Mexico.

Cooley, meanwhile, hails from Alameda and joined the commission in 2018; his term expires in 2021. He is a member (and past commodore) of Oakland Yacht Club.

Katherine Pettibone was the commission’s previous vice chair; her term expired in 2018.

Commissioners met Feb. 7 in Sacramento, one day after a coordinated field trip along the Sacramento-San Joaquin Delta (the trip started in Pittsburg and ended in Sacramento).

The Feb. 7 agenda included reports on boat launch facilities and aquatic invasive species programs, as well as a discussion on the California Boater Card.