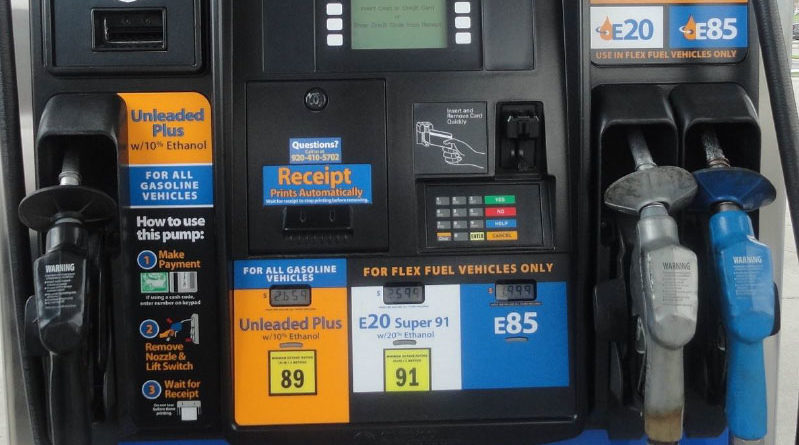 NATIONWIDE — Pres. Donald J. Trump made an announcement, just ahead of a White House meeting, which certainly garnered the interest of the boating industry: The president stated he had plans to reform high-ethanol fuel mixtures to 15 percent, 12 months a year.

The comment, which Trump stated “makes a lot of farmers very happy,” received strong reactions from the boating community that claim fuels containing 15 percent blends – or E15 – are harmful to marine engines.

An article released by West Marine on April 27, 2017 discussed the dangers of ethanol-blended fuels and concluded any fuel containing ethanol in a percentage higher than 10 would do permanent and irreversible damage to the components of marine engines.

Mercury Marine stated in the article, “Fuel containing higher proportions of ethanol is not compatible with many fuel system and engine components and, if mistakenly used, will cause irreversible damage to these components that will lead to engine failure and potential safety risks.”

The problem with E15 in marine engines, alleges the article, is when a fuel tank has not been using ethanol-based gasoline and it is then introduced, the new solution dissolves and breaks loose deposits that are present in the tank. The separation that occurs leaves a layer of water and ethanol in the bottom of the fuel tank, which can then cause operational problems. As is, a 10 percent ethanol blend requires boaters to survey his or her vessel to make sure there is no presence of water in the tank or the filter does not become clogged.

Renewable Fuels Association (RFA) and agricultural agencies, on the one hand, appear pleased with Trump’s support of the ethanol industry. Boating United, however, has released a petition calling for those in the boating community to take a stand against altering the Renewable Fuels Standard (RFS). If more ethanol is added to the country’s fuel supply then recreational boaters will have fewer choices at the gas pump, according to Boaters United.

“If true, the report suggests Pres. Trump intends to fulfill his commitment to a 15 billion gallon RFS,” Bob Dineen, President and CEO of RFA, stated. “But for that commitment to be fully realized, EPA Administrator Pruitt must cease his campaign to destruct biofuel demand with unjustified waivers and other policies meant to undermine the RFS.”

Two policies, The Energy Policy Act of 2005 and Energy Independence and Security Act of 2007, mandate refiners must mix larger amounts of ethanol and other biofuels into gasoline and diesel through 2022.

The effects of ethanol-blended fuels on recreational boats were brought up during a House of Representatives committee hearing on April 13.

“E15 is prohibited by federal law for use in recreational boat engines, voids many marine engine warranties, and is currently banned for sale by the Environmental Protection Agency during summer months over concerns that it contributes to smog on hot days,” the BoatUS release stated. “Under the President’s April 12 proposal, however, a waiver to the Clean Air Act would permit the sale of E15 in the summertime at the same roadside gas stations where most recreational boaters refuel their trailered vessels.”

Visit votervoice.net/NMMA/Campaigns/58207/Respond for more information about the NMMA petition.