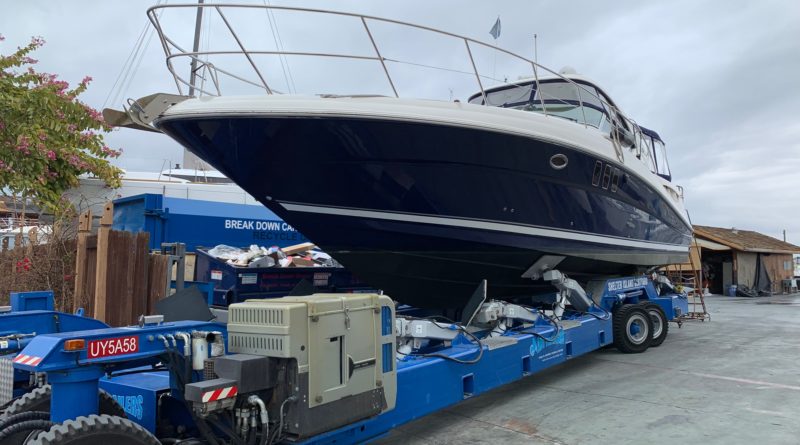 WASHINGTON, D.C.—Members of Congress introduced legislation, Feb. 6, to address the effects of trade tariffs on both national security and the recreational boating industry. The sister bills introduced in the House of Representatives and U.S. Senate – both known as the Trade Security Act – could limit nations from imposing tit-for-tat tariffs. Retaliatory tariffs imposed upon the United States have harmed the recreational boating industry, according to the National Marine Manufacturers Association (NMMA).

NMMA President Thom Dammrich stated the ongoing international trade war has not done the recreational boating industry any favors and introduction of the Trade Security Act is a sign federal legislators are trying to be as proactive as possible on the issue.

“We are pleased that lawmakers are taking a more proactive role in addressing the ongoing trade war that has hit the recreational boating industry particularly hard. The introduction of the Trade Security Act in both chambers of Congress represents a much-needed step in protecting free and fair trade that is vital for supporting the economic growth and job creation driven by our nation’s boat manufacturers,” Dammrich stated. “The importance of trade to our industry cannot be overstated and we are hopeful this legislation will mitigate the potential for additional tit-for-tat tariffs that further harm our industry.”

But will the Trade Security Act actually alleviate the stress borne on the recreational boating industry as a result of retaliatory tariffs and the current trade war between the United States and several countries? Retaliatory, aluminum and steel tariffs would remain intact under the Trade Security Act, according to Dammrich.

“Retaliatory tariffs have restricted recreational boat exports to critical markets, including Canada, Mexico, and the European Union – which account for 70 percent of the industry’s annual exports. Eliminating these tariffs is the first step to restoring our industry to its full strength,” Dammrich continued in his published statement.

The NMMA president added ratification of the U.S.-Mexico-Canada Agreement – the North American Free Trade Agreement update – would go a long way in benefiting the recreational boating industry (when combined with the elimination of aluminum, retaliatory and steel tariffs).

Sen. Dianne Feinstein said manufacturers are being unduly harmed by the current tariff regime. California’s senior senator added the current regime is no longer meeting its original intent of regulating trade. The president of the United States, according to a news release issued by Feinstein’s office, was given authority under Section 232 of the Trade Expansion Act of 1962 to respond to “genuine threats to national security.”

“Congress gave the president Section 232 authority to quickly respond to national security threats, not to pick political fights with our trading partners,” Feinstein said. “In California, farmers and manufacturers are being unnecessarily hurt by this multi-front trade war. It’s time for Congress to reassert its constitutional authority to regulate trade and reform Section 232 to ensure it’s used only for true national security purposes.”

Members of Congress would be consulted throughout the Section 232 process, should the Trade Security Act become law. The proposal, if approved, would also give both houses of Congress the power to reject a Section 232 action. A genuine threat of national security – and the threat’s connection to the importation of certain products – would have to be issued by the Department of Defense.

The Department of Commerce could also have a great role in determining the nature of national security threats, should the proposed Trade Security Act become law.