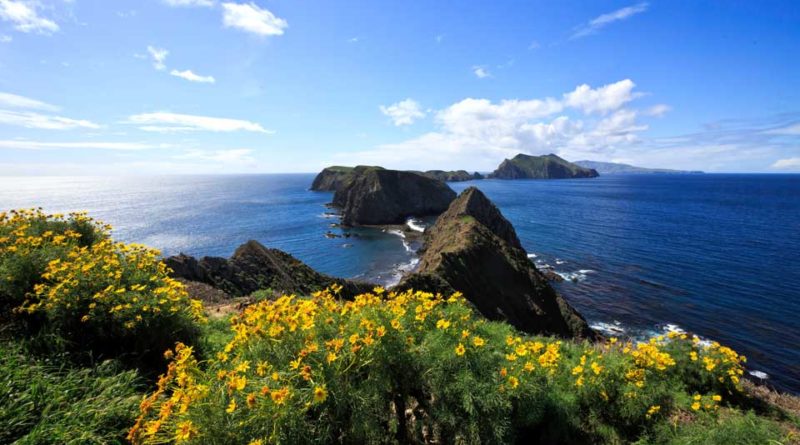 STATEWIDE — California’s Channel Islands National Marine Sanctuary is a “national treasure” and must be “maintained for future generations.” Such is the language of a resolution California’s legislators passed in late June to challenge the federal government’s planned review of marine monuments and sanctuaries.

Senate Resolution 44 (SR 44), which formally declares California’s opposition to the planned review of national marine sanctuaries off the state’s coast, was adopted in late June and aims to maintain environmental protections at four protected areas near Los Angeles, Monterey and San Francisco.

SR 44 was adopted four days ahead of the issuance of a federal notice for public comment on the planned review of marine sanctuary designation and expansion.

The National Oceanic and Atmospheric Administration (NOAA) public comment period and state senate resolution were in response to Pres. Donald J. Trump’s Executive Order 13795, which would encourage energy exploration and production on the Outer Continental Shelf.

State senators, however, stated such exploration and production is not permitted in California’s national marine sanctuaries.

“Exploration for, or development or production of, oil, gas, or minerals is prohibited in California’s national marine sanctuaries, except as authorized for certain Channel Islands leases,” the language of SR 44 stated.

Meanwhile a U.S. Senate committee held a public hearing, a few days after SR 44 was adopted, to discuss the future of national marine sanctuaries.

The next few months could determine whether energy exploration and production will become a more common activity off our shores. What does Trump’s executive order mean? Is SR 44 a grandstanding measure or does it have enough teeth to challenge possible federal action? Where do members of the U.S. Senate stand on the issue?

What are National Marine Sanctuaries?

NOAA and the Secretary of Commerce, according to federal officials, are permitted under the National Marine Sanctuaries Act to “identify, designate, and manage ocean and Great Lake areas of special national significance as national marine sanctuaries.”

The act grants NOAA and the Commerce Secretary the power to adopt regulations and issue permits.

Recent federal finances reveals NOAA had a $50 million budget during the 2017 fiscal year to maintain and manage sanctuaries and marine protected areas.

Federal officials established the Channel Islands National Marine Sanctuary off the Ventura/Santa Barbara coast in 1980. It covers nearly 1,500 square miles, with portions of state waters designated as a no-take zone. The stated designated purpose of the sanctuary, according to the Marine Conservation Biology Institute, is to “preserve and protect the natural and cultural resources within this unique and fragile ecosystem community.”

National marine sanctuaries were a topic of discussion at the U.S. Senate Committee on Commerce, Science and Transportation’s June 27 hearing, with the board’s chair expressing support for Trump’s executive order.

“While the concept of national marine sanctuaries is well-intentioned, many of these protected areas have caused some challenges for coastal and Great Lakes communities across the country that are dependent upon the abundant resources found in America’s waters,” committee Chair Dan Sullivan said. “Recognizing these concerns, Pres. Trump issued an Executive Order in April that pauses the Secretary [of Commerce] from issuing any new designations and instituting a review of current sanctuaries.”

Sullivan added the recent change in process allowing individuals to nominate areas to become a national marine sanctuary was troublesome, as the federal government does not have the resources to manage such areas should too many of them be created.

“As new areas are designated, existing resources are stretched ever thinner. The Sanctuary Act wisely recognized this potential pitfall, and includes language that prohibits the creation of new sanctuaries if their establishment would threaten the management efforts of other sanctuaries,” Sullivan said.

“Sanctuaries are good at inspiring care of the ocean, a worthwhile goal,” O’Brien stated in his testimony to the committee. “However, for those who are engaged directly with sanctuary managers over resource management, sanctuaries have a mixed scorecard, at best. By their actions sanctuaries have created a difficult relationship with recreational and commercial fishermen, in particular.”

The commercial fisherman stated the creation of national marine sanctuaries sometimes conflict with the Magnuson-Stevens Act and Fisheries Management Act.

“For fishermen and fishery managers, the fact that sanctuaries can overrule the Regional Fishery Management Councils, with eight National Standards serving as the council’s guide, is disconcerting, and not in the best interest of ocean health,” O’Brien said in his testimony. “Sanctuaries, on the other hand, have weak science capabilities, and a poor, self-serving public process.”

“The ocean today is not healthy; much more needs to be accomplished to reverse the course of decline that has occurred over the last century or more,” Lautenbacher said in his testimony to the committee, pointing out to an increase of ocean acidity and proliferation of marine debris in recent years.

“National Marine Sanctuaries play a major role in stemming this decline and with increased support can play a major role in actually reversing the downward trend. Managed protected areas have been proven to restore fish populations where depletion has already occurred,” Lautenbacher later said.

Trump issued Executive Order 13795 in April; the directive set to establish a policy of encouraging offshore energy exploration and production. The executive action opened the door for the federal government to cease establishing new marine sanctuaries while also reviewing current designations, such as federally protected areas off the coasts of Ventura/Santa Barbara, Monterey and San Francisco.

Pursuing offshore energy production in federal waters, according to Trump’s executive order, is necessary to promote a vibrant economy and maintain our national security.

Restricting the Commerce Department’s ability to designate or expand national marine sanctuaries was classified in the executive order as “responsible planning for future offshore energy potential.”

The State Senate’s resolution was relatively short and listed several platitudes, such as California being home to a $45 billion ocean economy.

“California’s iconic coastal and marine waters are one of the United States’ most precious resources, and as elected officials, it is our duty to ensure the long-term viability of California’s marine environment and thriving fishing, tourism, and recreation sectors,” the language of SR 44 stated.

The resolution formally declared the United States’ National Marine Sanctuaries as “a national treasure that belong to all Americans and should be maintained for future generations.”

Copies of the resolution were forwarded to Trump, Vice-President Mike Pence, federal administrators and California’s executive and legislative leadership.

Supporters of the resolution stated the exploration and production of offshore fossil fuels not only come at the expense of environmental protections provided by national marine sanctuaries but the potential of gas development near the Los Angeles or San Francisco metropolitan areas also contradicts California’s efforts in responding to climate change.

For now SR 44 appears to be nothing more than a statement of position, as opposed to a directive with action mechanisms. Whether California’s legislative leadership takes any further action remains to be seen and is likely contingent upon whether federal administrators carry through on Trump’s executive order.

Nearly one dozen national marine sanctuaries or monuments will be reviewed as part of Trump’s executive order. Public comments will be included as part of the Commerce Department’s report on the review process.