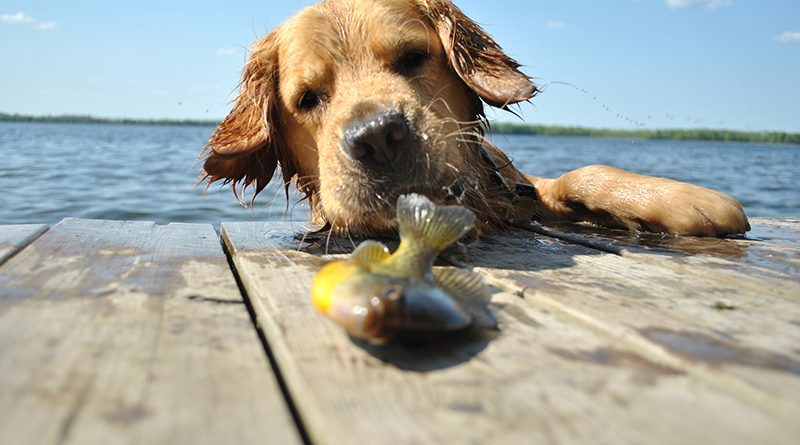 Salmon poisoning disease is a potentially fatal condition seen in only dogs after eating certain types of raw fish, like salmon and other anadromous fish (fish that swim upstream to breed), infected with the parasite. Clinical signs generally appear within six days of a dog eating an infected fish. Shutterstock image.

On April 8, the California Department of Fish and Wildlife advised dog owners in Northern California to take precautions to protect their pets from Salmon Poisoning Disease.

Salmon Poisoning Disease is a potentially fatal condition only seen in dogs after eating certain varieties of raw or cold-smoked fish, such as trout and salmon, infected with a bacteria-like organism, Neorickettsia helminthoeca. The bacteria are transmitted by the parasitic flatworm (or “fluke”) Nanophyetes salmincola.

Nanophyetes salmincola occurs naturally in waters of Northern California and most of the upper part of the state and is considered a native range for the fluke. Dog owners are recommended to exercise caution and keep their dogs away from salmon, steelhead, trout, and other freshwater fish carcasses. The parasite cannot survive in cooked fish, is not harmful to humans, and has not been shown to affect pets other than dogs.

Salmon poisoning, also called salmon poisoning disease (SPD), is an acute infectious disease affecting dogs and other canid species caused by rickettsial bacteria found in parasitic flukes or flatworms. This disease is found only in the Pacific Northwest region of the United States.

If your dog has eaten or is suspected of eating raw fish, watch for signs of the disease. Symptoms are similar to distemper and may include some or all of the following: a rise in body temperature, loss of appetite, vomiting, diarrhea, listlessness, and/or rapid weight loss. If signs of the disease appear, promptly take your dog to a veterinarian. Salmon Poisoning Disease is treatable if caught in time. If untreated, death usually occurs within two weeks of eating the infected fish. Without treatment, ninety percent of dogs showing symptoms die.

While all fish caught or originating from streams in Northern California could potentially be infected due to the bacteria’s proximity, the CDFW warns that trout stocked in some waters in CDFW’s North Central Region are more likely to be infected with the flukes that cause Salmon Poisoning Disease. Weekly fish stocking information is publicly available on CDFW’s Fish Planting Schedule web page.