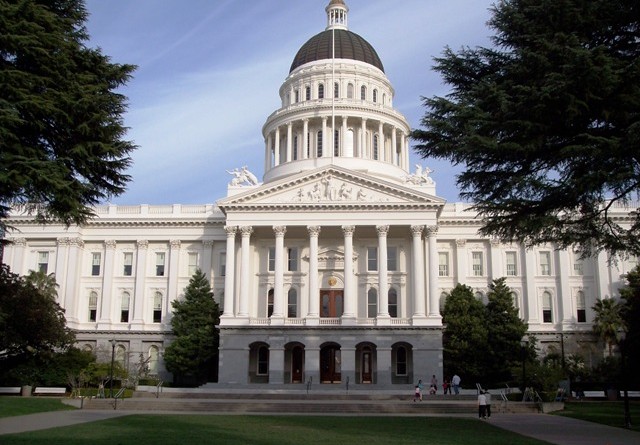 AB 3030, which proposes to protect 30 percent of oceans by 2030, would force fishery closures and restrict recreational fishing activities, according to a union of boating and angling groups.

STATEWIDE—The legislative proposal colloquially known as the 30×30 bill is drawing opposition from just about every major boating and recreational fishing organization – both in California and nationwide.

The coalition of boating and angling interests, however, say the bill, if approved as currently proposed, would be too restrictive of recreational fishing activities and could cause fisheries to be shut down.

“We remain very concerned about the broad and sweeping nature of the bill. Unless the extent and impacts of existing protections in ocean waters are expressly acknowledged in this legislation, unnecessary fishery closures will likely result, further restricting recreational angler activity,” the coalition’s letter to Stern said. “This bill reads like a resolution supporting an international framework for 30×30 protection, not a bill identifying specific threats to biodiversity or deficiencies in California’s robust environmental framework.”

Members of the coalition added their opposition to AB 3030 is effectively being dismissed by legislators who support the bill.

“Over the last few weeks we have engaged in extensive dialog with the sponsors of the measure. The conversations have been informative about the intentions of the sponsors, the purpose of the bill as they see it, and allowing for dialog over our interpretations and concerns,” the coalition’s letter stated. “Unfortunately, the sponsors have downplayed our concerns and largely rejected the most important amendments that we believe are necessary to move our organizations to a neutral position on the bill.

“At this point they have terminated conversations with us and are moving forward with amendments to which we have not agreed,” the later continued.

The coalition asked Stern for clarity on five items. Boating and fishing interests, for example, want to see operative language within the bill to “secure … existing recreational fishing access, unless such activities harm biodiversity.”

Legislators were also urged to include language to ensure “well-managed, sustainable recreational fishing activities with low ecological impacts [would be] compatible with the protection sought in the bill.”

The coalition also asked for clarification of vague language of existing protections the bill identified as “insufficient” and the definition of “protection.”

Supporting the bill are organizations such as the Natural Resources Defense Council (NRDC). The nonprofit environmental organization stated the protections offered by AB 3030 could help protect hundreds of animal species at risk of extinction.

“At least 686 animal species are at risk of extinction in California and within the next few decades, roughly two-thirds of the state’s native breeding birds could easily be lost,” NRDC staff said in a statement about AB 3030. “That’s why AB 3030 … is so important – it strikes right at the heart of our biodiversity crisis. If we want to secure healthy and vibrant ecosystems filled with thriving wildlife for future generations … we have to protect more of our lands, waters and oceans.”

The coalitions of boating and angling groups stated they, too, are in favor of protecting biodiversity – the problem they have with AB 3030 is with the way “protections” is defined and interpreted by the bill.

“The proposed language states that ‘it is the goal of the state to protect at least … 30 percent of ocean waters off the coast of California by 2030.’ No responsible angler would oppose this goal,” the coalition’s July 17 later stated. “While the goals of AB 3030 are potentially laudable, this goal has already been accomplished in California’s marine environment.

“In fact, depending how ‘protections’ in the bill are defined or interpreted … California has exceeded the 30 percent protected standard in our coastal waters,” the letter continued.