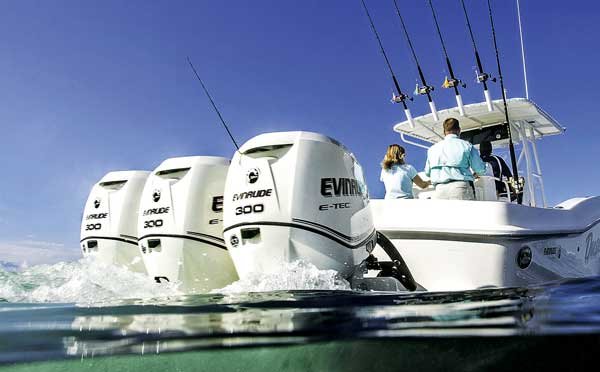 NATIONWIDE—The U.S. Coast Guard, in its Spring 2019 newsletter, announced it is implementing a rule issued last year on requiring new recreational boats to have more flotation to support the weight of heavier outboard engines.

Newer outboard engines are heavier in order to take on more gasoline.

“The Coast Guard is implementing a statutory mandate to require new recreational boats to have more flotation, to support the weight of heavier modern gasoline outboard engines,” an article in Boating Safety Circular, a publication of the Department of Homeland Security, stated. “The new rules provide a higher level of safety. These rules replace regulations last updated in 1984.”

Manufacturers will be tasked with making changes to new recreational boats, per the new mandate (which was approved on June 1, 2018).

“The Coast Guard estimates that, for most manufacturers, it will cost less than $50 per boat to implement the new rule,” the Boating Safety Circular article stated.

BoatUS issued a statement on the Coast Guard’s implementation of its 2018 rule. The statement advised boaters to be aware of the implementation when re-powering older model vessels with heavier four-stroke outboard.

“Re-powering with a newer, more reliable, cleaner, fuel-sipping outboard is one way to get more life out of a good boat,” BoatUS Foundation President Chris Edmonston said. “However, after having gone through the recent re-powering of a 22-foot center-console vessel with a heavier four-stroke, and seeing first-hand the resulting loss of freeboard and performance, we want to remind owners to consider engine weight. With a potentially heavier four-stroke motor and resulting lower freeboard at the stern, swamping is a concern and your boat may handle differently than with the old engine.”

Boat dealers and repair facilities can provide information on whether you are re-powering your boat with a similarly weighted engine.

Outboard-powered monohull boats measuring 20 feet or smaller must, according to a BoatUS statement, “be built with enough flotations to keep the passenger-carrying area at or just below the water’s surface in the event of swamping or capsizing.

“The boat must be float level,” the BoatUS statement continued.

Boats larger than 20 feet in length do not have flotation regulations.

BoatUS explained the market for outboard engines has dramatically shifted since regulations governing them were originally written.

“When these regulations were written in the early 1970s, virtually all outboards suitable for smaller boats were two-stroke models covering a broad range of horsepower, but that’s no longer the case,” the BoatUS statement said. “Four-strokes come in virtually every size now, making them viable candidates for installation on more boats. While recently there has been some two- and four-stroke models with comparable power and weight, by and large four-stroke outboard engines remain heavier.

The Coast Guard also updated vessel weight requirements in 2011, when the agency increased the “Assumed Average Weight Per Person” rule for commercial passenger vessels from 140 to 185 pounds. “Existing formulas for weight capacity on recreational boats were considered adequate and did not change,” according to a BoatUS press release.