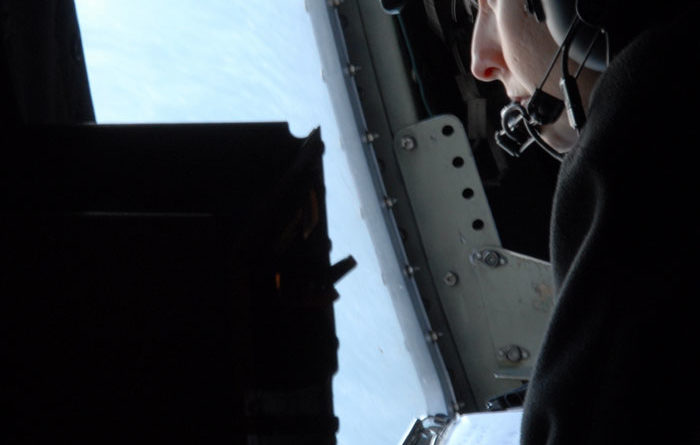 SAN DIEGO (AP) — The California Coastal Commission has rejected a Navy explosives and sonar training program off the Southern California coast that critics said could harm endangered blue whales and other sea life.

Commissioners meeting in San Diego March 8 ruled unanimously that the Navy lacked enough information to back up its argument that the threat to marine mammals would be negligible.

The Navy is expected to ramp up its training in ocean waters over the next five years, with the war in Afghanistan winding down and the military shifting its focus to the Pacific as part of the Obama Administration’s national security strategy.

“The Navy needs to understand the significance of the California coast in relationship to the entire world, because we’re doing research that will assist future generations,” Commissioner Martha McClure told Navy officials before her vote, “I also would like to reiterate that I believe your documentation was absolutely short.”

Alex Stone, who directs the Navy’s environmental team on the project, told commissioners that additional marine safeguards being sought by the panel would limit the training program’s scope and make it less realistic.

He said the Navy’s measures effectively protect sea life — an argument disputed by environmentalists who packed the hearing.

The panel and the Navy could now seek mediation to iron out their differences — or the Navy could simply choose to proceed with the training scheduled to begin in January 2014, as it did after the commission requested additional protections in 2007 and 2009.

If talks fail, the commission could sue to try to force the Navy to adopt the measures — as it has done in the past, but unsuccessfully.

The commissioners said they decided to reject the plan outright March 8 rather than approve it conditionally, because the Navy has shown it is unwilling to cooperate.

“We’ve got this stumbling block of the Navy being completely unwilling to accept any of the mitigations that our staff has proposed, and there has been no explanation that is evidence-based to give us a rationale to accept your position,” Commissioner Jana Zimmer told Navy officials at the hearing.

The Navy has estimated 130 marine mammals could die and another 1,600 could suffer hearing loss from the training program, which plans annually for more than 50,000 underwater explosions and more than 10,000 hours of high-intensity sonar use.             The Navy’s testing area encompasses 120,000 nautical square miles of the Pacific off the Southern California coast and includes a corridor between the state and Hawaii, among other areas.

The commission wants the Navy to create safety zones that would guarantee no high-intensity sonar activity near marine sanctuaries and protected areas, and in spots that experience a high concentration of blue, fin and gray whales seasonally.             It also believes one-half nautical mile from shore should also be off-limits to protect bottlenose dolphins.

The commission set out similar conditions to the Navy in 2007 and 2009, but the Navy refused to accept them both times.

The commission sued the Navy over the matter, leading to a preliminary injunction in 2008, though then-President George W. Bush gave an exemption for the training. The U.S. Supreme Court later overturned the lower court’s decision.

They also say that from May through October, ships should slow to 10 knots in areas with baleen whales, to avoid hitting them.

Scientists say there is still much to be learned about how much sonar activity affects marine animals.