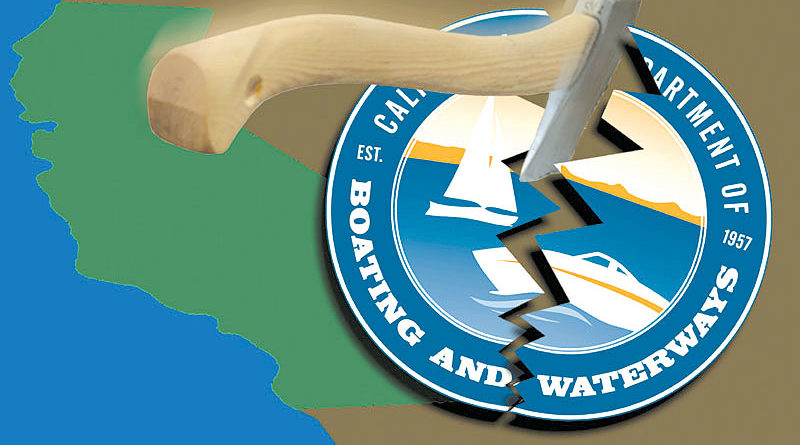 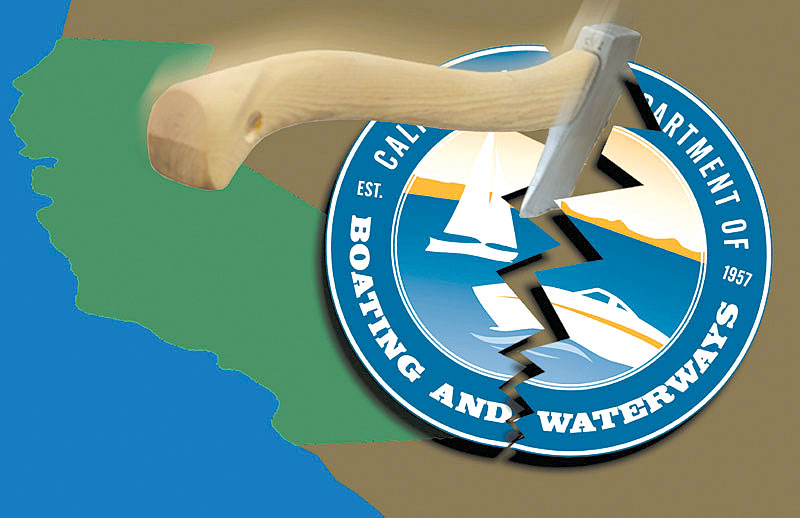 As part of Gov. Jerry Brown’s “Making Government More Efficient” plan, outlined in his annual budget summary, removing Cal Boating as a department was just one of several “efficiencies” discussed before the Little Hoover Commission at its April 23-25 public hearings.

The 378-page formal reorganization plan from Gov. Brown aims to make government more streamlined, efficient and cost-effective, with a goal to reduce the number of state agencies from 12 to 10, and eliminate 39 state entities and nine state programs.

Included in the reorganization plan is the move to reduce Cal Boating from a stand-alone department to a division, under State Parks. The plan would also eliminate the California Boating and Waterways Commission, which oversees Cal Boating and approves loans and grants made with state funds for recreational boating facility projects.

The Little Hoover Commission, whose purpose is to investigate state government operations and find new levels of efficiency, will be making a recommendation either for or against Gov. Brown’s proposal to the California Legislature. It is expected to vote on the plan at its May 22 meeting.

The reorganization bill would then be moved forward to the state Senate or Assembly, where the bill would either be passed — essentially putting an end to Cal Boating as an independent department — or rejected. Rejection would require a majority “no” vote from either state legislature branch. The legislature has 60 days from receiving the recommendations to reject the bill, or it will be enacted.

Cal Boating was targeted for elimination by previous governors Pete Wilson and Arnold Schwarzenegger, as the self-sufficient department has often been viewed as a “money tree” capable of offsetting funding deficiencies within other departments.

While the department has been able to stay intact thus far, Gov. Brown’s 2012 reorganization plan appears to have a chance at succeeding. The main reason is, the proposal’s format does not allow each individual reorganization plan to be looked at independently, but instead must be voted upon in its entirety.

“If there were separate proposals, we could have the Department of Boating and Waterways considered separately and distinctly, and that would probably fare better,” said Jerry Desmond Jr., director of government relations for Recreational Boaters of California (RBOC), a boater advocacy group based in Sacramento. “But the governor’s office has — to their credit — put all of the reorganization proposals together in one formal proposal.”

Desmond was one of many speakers heard during the three-hour public hearing held April 25 by the Little Hoover Commission, which pointed out that Cal Boating advocates had the highest turnout from all entities involved in the reorganization talks.

“While we were encouraged that the commissioners gave a considerate amount of attention and consideration to the boating stakeholders who came to testify, it looks like the commissioners are expressing support for the entire concept of the governor’s reorganization plan,” Desmond Jr. said.

In a meeting following the public hearing, six of the 13 Commissioners on the Little Hoover Commission met with boating advocacy leaders and stakeholders to further discuss the issues, where they expressed their reasons for leaning toward the elimination of Cal Boating:

First, they argued that the programs, services and functions of Cal Boating would continue as currently provided, even if the department were to become a division within State Parks.

Second, they stated their belief that there is a symmetry between the structure, funding and objectives of Cal Boating and the Off-Highway Vehicle Division (which was once a stand-alone department, but is now under the Department of Motor Vehicles) within State Parks.

Third, the merger of Cal Boating into State Parks would not expose boater-generated funds to an elevated risk.

The last point received the most scrutiny during the public hearing, as many speakers argued that more boater funds could be siphoned out of the department — one example being that a portion of boater-generated fuel taxes paid by boaters is already being diverted to the Department of Parks and Recreation.

The commission noted that boater-related tax dollars are already being diverted from the department under the current policy, citing the Motor Vehicle Fuel Account that diverts $27 million every year from Cal Boating to the Department of Parks and Recreation.

“The commissioners pointed out that Cal Boating has that problem before the plan has even been implemented,” Desmond said. “The problem is with the existing structure.”

Matthew E. Webb, chairman of the California Boating and Waterways Commission, argued that the reorganization would end up helping State Parks — which regularly requires General Fund dollars to fund programs — while hindering Cal Boating’s ability to fund boating-related infrastructure and safety programs and remain transparent on where boating-related fees and taxes are being put to use.

“If the goal (of the reorganization proposal) is to defund boating activities, break the link between boater fees and taxes and boating infrastructure and ultimately divert those fees and taxes into other state priorities, then eliminating the (boating) commission and separate department makes sense,” Webb stated in a letter to the Little Hoover Commission. “On the other hand, if the goal is to maintain the link between revenues and services, provide transparency, and give stakeholders a means to provide input to the department, then the (boating) commission and separate department should be retained.”

While the reorganization bill cannot be altered, Desmond said that a separate — or “trailer” — bill could be passed at the same time, which could include some modifications and suggestions that were made by the commission.

The added recommendations that could be included by the commission were:

* An advisory commission — similar to the current Boating and Waterways Commission — should be established that provides transparency, but does not have approval authority over loans and grants.

* The chair of that advisory commission also have a seat on the Parks and Recreation Commission, which would now be in charge of boating infrastructure grants and loan approvals.

Recreational Boaters of California and BoatU.S. have issued an alert to boaters across the nation to speak up and contact Gov. Brown, California state legislators and the Little Hoover Commission to inform them of the importance of keeping Cal Boating as a separate department, to safeguard the future of boating in California.