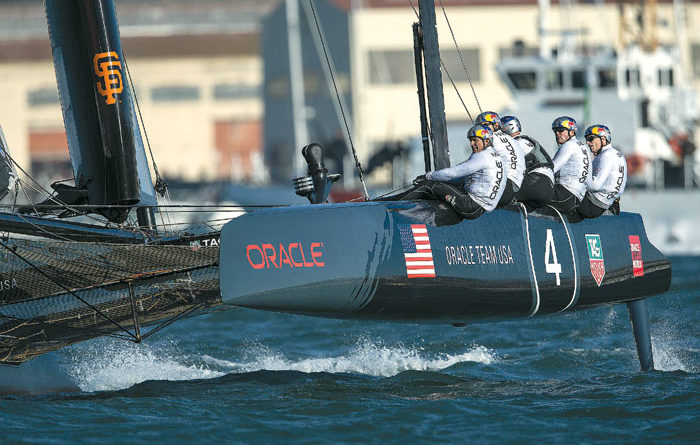 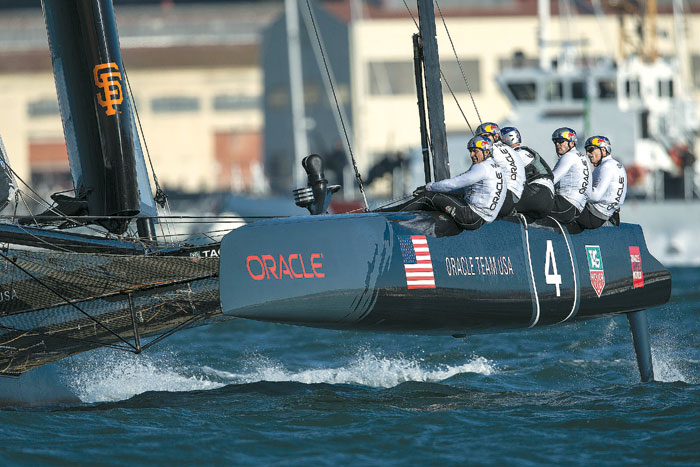 The penalty was levied in response to an admission that the team’s 45-foot catamarans were modified without the permission of the Measurement Committee in the pre-event America’s Cup World Series.

To win this year’s America’s Cup, a team must score nine points — the highest total ever required in the competition’s 162-year history. Because of the penalty, Oracle now starts with a deficit score of -2 and must win 11 races to retain the trophy. Emirates Team New Zealand, the challenger, is unaffected and must win nine races to win the Cup, as before.

The jury also announced that Oracle Team USA has been fined $250,000. In addition, Dirk de Ridder, Oracle’s wing sail trimmer, was barred from sailing in the regatta and another crewmember, Matt Mitchell, has been barred from the first four races. Two shore crewmembers were also excluded.

The international jury said in a release that only a handful of individuals were  involved, and that all members of senior management of Oracle Team USA — including skippers Jimmy Spithill and Ben Ainslie, CEO Russell Coutts, general manager Grant Simmer and shore team director Mark Turner — were not aware or involved in any way.