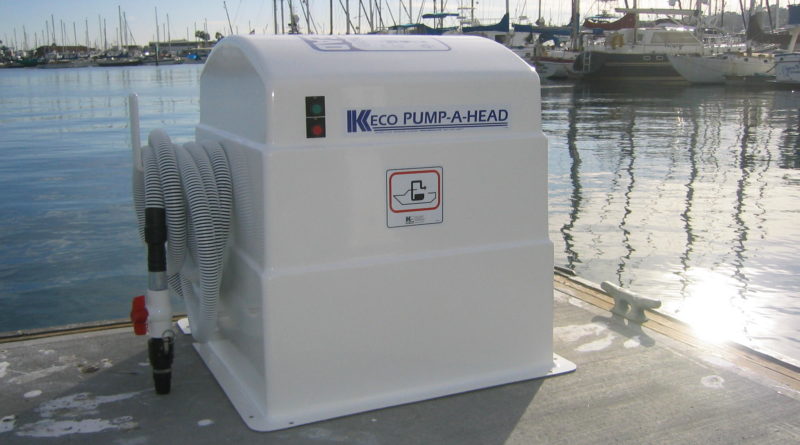 Free mobile phone app, which was updated and re-released in 2018, keeps boaters informed of where to unload of sewage in real-time.

STATEWIDE—California has more than 1,100 miles of coastline, hundreds of navigable rivers and lakes, and one of the highest levels of recreational boating in the nation. Increased outdoor activity means boating-related pollutants can enter aquatic environments, potentially impacting our aquatic environment and human health. Given the large number of recreation boats in the state, even a small amount of sewage from a fraction of boats can be harmful. The Pumpout Nav app is a new tool to help boaters keep our waters healthy and clean.

“Pumpout Nav” is a free iOS and Android mobile app that shows you where the nearest sewage pumpout is located. Updated and re-released in Spring 2018, the app shows nearest pumpouts to your location on a map or list its status. How does it work? If all is well, a pumpout will appear as a green place marker and once you tap on the marker, the station will read “operational.”

The app is designed to empower you, the boater, to report if there is a problem with the pumpout! It is easy and intuitive: just click on a sad face icon to report a non-operational pumpout in real-time. A series of press and report icons – “no power,” “low vacuum,” “leaking,” “broken parts,” and “no access” – offer convenient ways to flag problems. You can also enter a specific description of the problem and/or upload images.

The app also provides boater information and marina tracking access. You can get pumpout cost and hours, the exact location within the marina, and access to educational information such as guidance on how and why to pumpout. Marina operators can track usage data and post updates. There are over 200 boating facilities in the App now with about 240 pumpout stations. As of this month, about 9,000 boaters have downloaded the Pumpout Nav app.

The app was first developed as part of California State Parks Division of Boating and Waterways’ (DBW) Clean Vessel Act (CVA) Program, for boaters in the San Francisco Bay/Delta and Southern California regions. CVA programs in other states have since picked up the app. Boaters in Oregon and along Lake Champlain in the New York/Vermont/Quebec region can now find the location of publicly accessible pumpouts in their areas as well. Other organizations have said they are excited to get on board.

“Although the App started in California, it was always meant to grow,” Keren Dill, DBW’s chief of Boating Facilities Development and Financing Unit, said.

More updates to the App are in progress; including adding two new types of disposal options geared towards smaller vessels with no holding tanks (dump stations and floating restrooms) and an updated design with sorting options, a user profile and more! Watch for the new version!