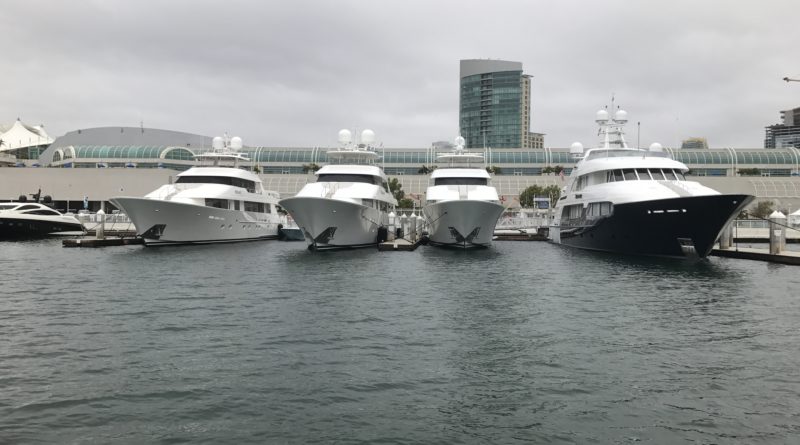 Designated slips at every marina within the state must honor fractional ownership model to boost boating participation, address housing crisis.

STATEWIDE—California’s marinas, from San Diego to Crescent City, will have to abide by a new mandate, as of Jan. 1, 2020: allocate 25 percent of slips to a new fractional ownership program as part of an effort to address the state’s housing crisis.

Details of the proposed mandate have not been made public but The Log gained insight of what could be after a review of internal documents from the Division of Boating and Waterways and discussions with several unnamed sources privileged to information but not authorized to go on the record.

Boats in these slips would be required to offer one to five percent proportional ownership stake to anyone born in 1985 or later. The proportional ownership mandate, which would allow all parties named on the vessel ownership to access 100 percent of the boat (regardless of percentage owned), was concocted by DBW staff and commissioners to solve California’s boating participation crisis.

“Our president declared the southern border as a national crisis. We here in California have a statewide crisis – younger people aren’t buying boats. So we developed a policy directing a segment of the boat-owning population at every marina in California to share his or her boat with a millennial,” one senior DBW staff member, who spoke to The Log on the condition of anonymity, said.

Those who would be given the one to five percent stake in a boat would not be obligated to pay for their share. Owners would be reimbursed through local tidelands funding for the shares they give up to their new fractional owners.

Fractional owners would, however, have to pay monthly rents, to help cover the costs of slip fees, maintenance, security and other costs. It’s unclear, though, whether rents would be assessed at market rate, or if the state would place some sort of cap on what new fractional owners would pay each month.

The mandate, which was unanimously adopted by the Division of Boating and Waterways Commission at its most recent meeting, would also be a test run to address California other burgeoning emergency: housing.

Details of both policies are still being fleshed out, but representatives with DBW and State Parks worried fewer and fewer people would be able to afford a boat or (terrestrial) house.

Officials are hinting the calls for mandated fractional ownership of boats and affordable housing allocations at marinas would apply to boats measuring at least 50 feet, or valued at $750,000, whichever is greater.

“We have to be creative in addressing our housing crisis,” Newsom told The Log in a phone interview. “Millennials are being priced out of apartments and houses in places like Marina del Rey and Redondo Beach and even Oceanside. So we’re borrowing from the spirit of the Green New Deal and figuring out ways those who aren’t ‘one-percenters’ can still have access to the life they deserve to live.”

Los Angeles Mayor Eric Garcetti suggested he was open to setting aside 50 percent of all boat slips in California to address escalating rents and dwindling boating participation. He said the to-be proposed mandates would effectively kill two birds with one stone.

“Renting a studio or one-bedroom apartment in Los Angeles is virtually out of reach for anyone earning less than $100,000 per year. The boating industry is also hard-pressed to find new blood,” Garcetti observed. “So why not take a boat, coincidentally the size of or larger than a studio or one-bedroom in L.A., and share it with those who can’t otherwise afford a place to stay here. This way we get people into some form of housing and show them the benefits of boating along the way. It’s a long-term investment in our youth.”

The Log will continue to monitor the fractional ownership mandates and report on updates as they occur.