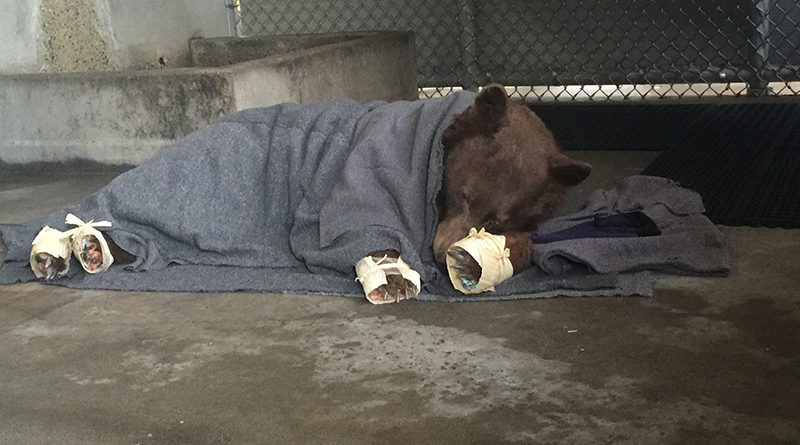 SINGAPORE — Give a man a fish and feed him for a day. Give a burned man a fish-skin bandage and witness a medical miracle.

Fish has been a major source of food, reaching record-breaking numbers of consumption, worldwide, in 2016. Yet discarded fish scales could also be a saving grace for burn victims in developing nations.

Collagen derived from fish scales, a study by Nanyang Technological University in Singapore showed, could potentially be an effective healing source. The scales, when applied to mice for tissue regeneration, were found to possibly increase wound healing potential.

Similar studies were conducted in Brazil, with the patients being human; similarly positive results were shown.

Tilapia bandages were recently in local news when bears and cougars burned during the Thomas Wildfires, the worst fires in California on record, were successfully treated using this technique. Staff treating the animals noticed that with the fish-scale bandage method healing occurred more quickly with animals being released back into the wild in weeks, instead of months. With the addition of corn-husk wraps, the animals were able to walk more quickly than with the routine treatments. Another benefit: The bandages were edible, so the bears and cougars could remove them without the help of staff.

If tilapia skins have made such a scientific breakthrough for animals and humans alike, then why aren’t they being implemented in hospitals worldwide?

Before breaking down hospital doors in the United States and demanding they offer tilapia bandages – think again. In order for the fish skins to be offered to patients meeting safety and sanitary regulations, the fish skins would need to go through potentially costly sterilization and sanitation procedures.

Researchers in Brazil and Singapore, however, believe there is a possibility to convert the low-cost, fish-scale waste into a more valuable resource.