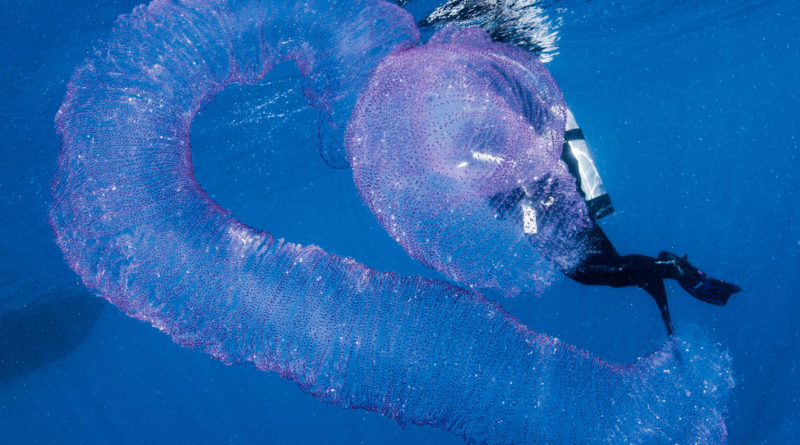 AUSTRALIA ― So many strange sea creatures lurk below the surface of the ocean. The discovery of new or rarely been seen before species is not just fascinating to biologists but also to many who love the ocean.

Jay Wink, owner of ABC Scuba Diving Port Douglas, recently came across a long, tubular creature glowing pink off the coast of Queensland, Australia. He captured images of the underwater creature with his camera.

Various news outlets reported the creature to be some sort of pyrosome (or a bunch of pyrosomes moving together).

The Log previously reported on pyrosomes showing up in masses along the coast from Northern California to Alaska. Pyrosomes are bioluminescent organisms also referred to as sea pickles.

“It seems the squid eggs are even more rare and a great find too,” Wink wrote in an email to The Log.