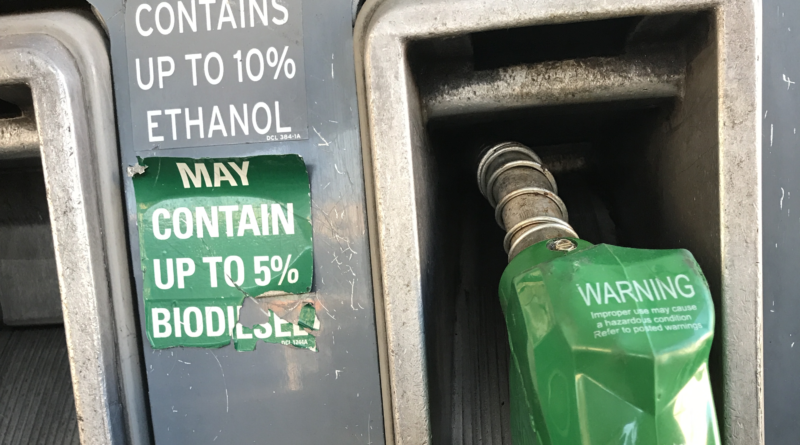 Target for upcoming year is slightly higher than 2017 goal.

“Maintaining the renewable fuel standard at current levels ensures stability in the marketplace and follows through with my commitment to meet the statutory deadlines and lead the agency by upholding the rule of law,” EPA Administrator Scott Pruitt said in a released statement.

The federal agency’s announcement – made Nov. 30 – did not sit well with certain boating advocacy groups.

Organizations such as BoatUS, National Marine Manufacturers Association and Recreational Boaters of California have regularly opposed EPA’s increased mandates for ethanol production, stating certain blends of the corn-based fuel – particularly with 15 percent blends or higher – is hazardous to engines of recreational vessels.

David Kennedy, the government affairs manager for BoatUS, said the recently announced volume increase for ethanol production favors the corn industry ahead of boaters and consumers.

“In August, EPA originally proposed a slight lowering of the overall ethanol mandate. However, bowing to pressure from the ethanol backers, the agency actually notched the mandate higher,” Kennedy said in a released statement. “We think the EPA’s decision unfairly supports the ethanol industry over protecting consumers, recreational boaters, and the environment. If ethanol is as good for America’s fuel supply as Big Ethanol would like you to believe, then why do we have a law that forces more ethanol each year into the market?”

Ethanol volumes are mandated by the Renewable Fuel Standard (RFS), which was created in 2005 and expanded in 2007. RFS volume mandates are set each year on Nov. 30, per the Clean Air Act. A public hearing on the EPA’s most recent announcement was held Aug. 1 in Washington, D.C.

“The RFS program is a national policy that requires a certain volume of renewable fuel to replace or reduce the quantity of petroleum-based transportation fuel, heating oil or jet fuel,” EPA staff said in a released statement. “EPA implements the program in consultation with U.S. Department of Agriculture and the Department of Energy.”

Fuels containing at least 15 percent ethanol (E15) or more were allowed to enter the marketplace in 2010.

“Even though E15 is prohibited from being used in marine engines, snowmobiles, motorcycles, small engines like lawnmowers and leaf blowers, as well as any vehicle made before 2001, this fuel can now be found in at least 23 states at the very same pumps as E10 and ethanol-free gasoline,” a portion of BoatUS’s website reads. “In fact, there is not a single marine engine [under warranty] to run on any fuel over 10 percent ethanol.”

A group of people, separately, petitioned the EPA and federal government to change who must comply with annual volume requirements.

Pruitt, in a final decision published Nov. 22, denied the petition and stated the RFS incentivizes the increased production and distribution of renewable transportation fuels in the United States.

“Changing the point of obligation would not address challenges associated with commercializing cellulosic biofuel technologies and the marketplace dynamics that inhibit the greater use of fuels containing higher levels of ethanol, two of the primary issues that inhibit the rate of growth in the supply of renewable fuels today,” Pruitt stated in his petition denial.