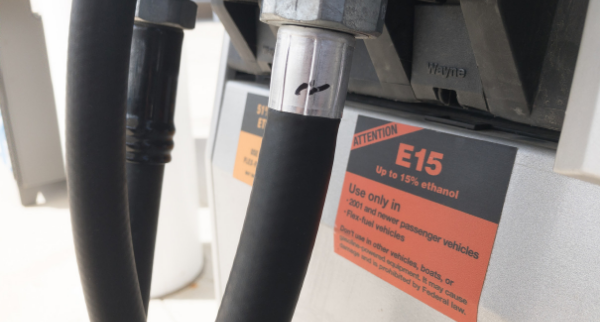 Sales of gasoline blends with 15 percent ethanol blends will be allowed during summer months.

WASHINGTON, D.C.—A pro-farmer initiative touted by Pres. Donald J. Trump is on the books, as the Environmental Protection Agency (EPA) stated it would allow year-round sales of fuel blends with 15 percent ethanol – known as E15. The final regulatory ruling was issued on May 30.

Trump had advocated for year-round sales of E15 fuels, urging the EPA to eliminate the regulation prohibiting sales of the ethanol blend between May and September each year.

“EPA finalized regulatory changes to allow gasoline blended with up to 15 percent ethanol (E15) to take advantage of the 1-psi Reid Vapor Pressure (RVP) waiver that currently applies to E10 during the summer months,” the EPA’s final ruling stated.

Sales of E15 fuels were prohibited during summer months due to air quality concerns.

The rule change, according to the EPA, was justified, as it would “remove barriers which unnecessarily limit the potential growth in biofuel consumption.

The recreational boating industry was adamant about not allowing year-round sales of E15, stating use of the fuel would void boat engine warranties by causing erosion.

Several maritime industry leaders campaigned against a year-round offering of E15 fuel at a public hearing in March, reiterating marine engines aren’t designed for E15 and boaters could be subject to misfueling.

“Our industry remains steadfastly opposed to this policy given a simple set of facts: E15 destroys engines in a wide-range of everyday consumer products, contains less energy content than gasoline and other biofuel alternatives, and is terrible for the environment – all of which are reasons the summer sale ban on E15 was implemented in the first place,” National Marine Manufacturers Association (NMMA) President Thom Dammrich said in a statement.

“Moreover, the absence of better consumer education and protection efforts in the new rule further jeopardizes the safety of boaters and others who use small gas-powered engines,” Dammrich continued. “More than 60 percent of Americans mistakenly assume that any gas sold at their local gas station is safe for all their products, and nearly nine in 10 say the government should do more to protect consumers from misfueling with E15.”

NASCAR, which celebrated the EPA decision, stated E15 fuels are available at 1,800 plus locations in 31 states.

Advocates of E15 fuel have consistently maintained the ethanol gasoline blend is good for the environment and would reverse a downward trend in farm income.

Growth Energy, an association of ethanol producers and supporters, said the EPA final ruling would help expand the E15 market.

“We estimate this one change will generate over a billion new gallons of ethanol demand in the next five years. Over time, demand for E15 could boost the market for American grain by an additional two billion bushels,” Growth Energy CEO Emily Skor said in a released statement.

One thought on “EPA approves year-round sales of E15”