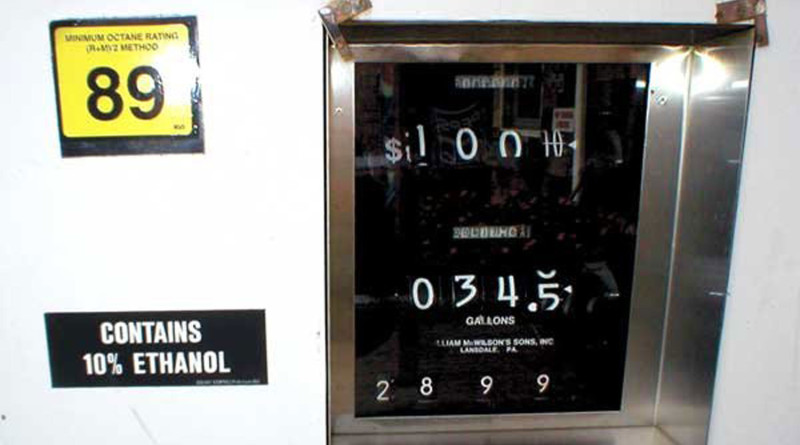 WASHINGTON, D.C. — The public comment period for a proposed set of ethanol volume requirements under the Renewable Fuel Standard (RFS) closed July 27. About 50,000 people reportedly submitted comments during the six-week public process. Officials from the Environmental Protection Agency (EPA) will review the comments before issuing a final ruling on RFS volume requirements for 2014, 2015 and 2016.

EPA officials published its proposal to set RFS volume requirements on June 10. The agency’s final rule on the matter, which is expected within coming weeks, would dictate what ethanol-blended fuels are available to recreational boaters. Per the final rule proposal, the EPA seeks to mandate the gasoline supply include 36 billion of blended renewable fuel by 2022.

Boating advocacy groups have campaigned all year to limit ethanol fuel blends to E10, or gasoline containing 10 percent of the corn-based derivative. Some gas stations have reportedly offered E15 fuel blends, which, according to advocacy groups, is harmful to marine engines.

NMMA officials announced in June the organization endorsed biobutanol as an industry-wide biofuel.

David Hilbert of Mercury Marine spent one year studying the impacts of E15 (15 percent ethanol) fuel blends on outboard four-stroke and conventional two-stroke engines from June 16, 2010 to June 30, 2011 for NREL and the Department of Energy.

Rod bearings in a two-stroke engine with E15 fuel failed at 256 hours of endurance, a little short of completing Hilbert’s 300-hour durability study.

The National Corn Growers Association, which organized a 450-person rally at the EPA June 25 hearing, stated the agency’s current proposal would cut about 4 billion gallons of ethanol, or about 1.5 billion bushels of corn demand, would be cut from the RFS through 2016.

EPA administrator Gina McCarthy spoke with the National Corn Growers Association about three weeks after the EPA hearing in Kansas City, Kansas and said the intent of the RFS is to increase reliance of blended fuels.

“I know the RFS matters deeply to corn growers. We’re committed to an industry that helps us cut carbon pollution, grow jobs in rural America, and reduce our dependence on foreign oil,” McCarthy said. “The volumes we’ve proposed for 2015 and 2016 are designed to bust through the blend wall. Our proposed 2016 standard for total renewable fuel is about 1.5 billion gallons more — almost 10 percent higher — than the actual 2014 volumes. The proposed 2016 standard for cellulosic ethanol is six times higher than what the market produced in 2014. So EPA isn’t just promoting growth; we’re pushing the envelope.”

Jerry Martin, a senior scientist with the Union of Concerned Scientists, said the EPA should initiate another rulemaking process to establish a roadmap for RFS policy beyond 2016.

“The EPA should initiate a new rulemaking right away to begin collecting information required to update the RFS roadmap beyond 2016. This is … an opportunity to establish a shared vision of where the policy is headed between now and 2022, or even 2030,” Martin said in a Union of Concerned Scientists blog. “It won’t be easy, but the existing roadmap is laughably out of date, and the absence of a plausible roadmap is a major obstacle to progress.”

He added corn ethanol is one of two issues impairing progress toward cleaner fuels and renewable alternatives.

“Two specific changes are turning out to be especially complicated: Moving beyond corn ethanol to more diverse sources of cleaner, advanced biofuels that don’t stress food supplies, and changing how biofuels are used, from low level blends with gasoline … to different biofuels and higher blends of ethanol,” Martin said, adding the EPA took a positive step forward with its current RFS proposal despite it upsetting farmers and corn growers.

“The oil and ethanol industry remain dissatisfied, the former saying the proposal calls for too much biofuel and the latter that it calls for too little,” Martin added. “The EPA’s job with the remainder of the RFS is to support expanded use of advanced and cellulosic biofuels, not satisfy these two deeply entrenched special interests. Resolving the underlying policy uncertainty is the most important challenge facing the EPA in this rulemaking process.”

Congress enacted the RFS, according to the EPA, in an attempt to reduce greenhouse gas emissions and promote renewable fuels.

“Biofuels are an important component in the Administration’s efforts to enhance energy security and address climate change,” the EPA stated in a regulatory announcement published in May.