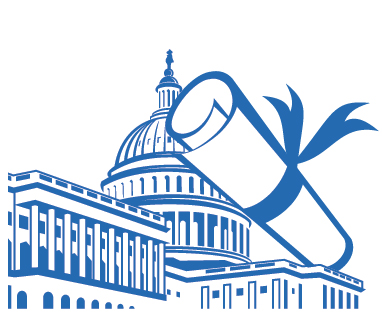 An Executive Order signed by President Joe Biden on Jan. 27 sets environmental goals and actions, with reaching impacts for coastal states such as California.

WASHINGTON—President Joe Biden signed an Executive Order on Jan. 27, which included numerous environmental goals and actions aimed at achieving those goals. The executive actions direct the federal government to elevate climate change to a national security priority, conserve at least 30 percent of all federal land and water by 2030, suspend new leases for natural gas and oil development on federal lands and waters, create a commission focused on environmental justice and green jobs, direct federal agencies to rely on science in their rulemaking and convene a climate summit of world leaders on Earth Day, April 22.

President Biden’s executive order created a temporary moratorium on new federal oil and gas drilling leases, including in the Pacific Ocean off the Southern California coast. This doesn’t change much for California, as new offshore drilling has not been allowed in federal waters along the Pacific Coast since 1984. However, in 2018, the Trump administration released a five-year offshore leasing plan that proposed opening up the west coast to new drilling, a proposal that was blocked by the courts.

While Biden’s executive orders solidify the long-followed guideline of no new offshore drilling in federal waters along the Pacific Coast, it has more impacts on states such as Louisiana that depend on oil for jobs.

“California understands all too well the danger that offshore drilling poses to our oceans and coastal economies,” said Senator Feinstein in a statement released on Jan. 27.

In the 24 hours following Biden’s executive order, there was also a flurry of legislation introduced to overturn the action, as opponents of the temporary moratorium were concerned it would negatively impact jobs and damage economies in oil-dependent states.

The American Sportfishing Association and the National Marine Manufacturers Association released a joint statement on Jan. 27 showing cautious support for President Biden’s Executive Order on Tackling the Climate Crisis at Home and Abroad.

“The goal of conserving 30 percent of the nation’s lands and waters by 2030 provides opportunities to improve the health and abundance of our fisheries, but also significant challenges if it creates a means to unnecessarily restrict fishing access,” said Mike Leonard, ASA’s vice president of Government Affairs in a Jan. 27 statement. “We are committed to working with the Administration to ensure that recreational fishing, which is enjoyed by more than 50 million Americans annually and contributes $125 billion to the economy, benefits from – and is not harmed by – the implementation of this Executive Order.”

The boating and fishing industry contributes roughly $1.6 billion annually to conservation efforts through licenses, tax revenue, and direct donations. In a joint statement from October, the ASA and NMMA laid out five recommendations for the executive order;

“Recognition for the positive role that hunting and fishing play in conservation; Protected areas that allow for well-managed and sustainable wildlife-dependent activities; Consideration of existing protected areas and other management strategies that achieve biodiversity conservation in measuring progress toward stated goals; Targeted, science-based conservation measures developed through a stakeholder-driven process to address biodiversity threats; and Clearly defined roles and authorities for the entities charged with carrying out the 30 by 30 Initiative proposal,” said the statement.