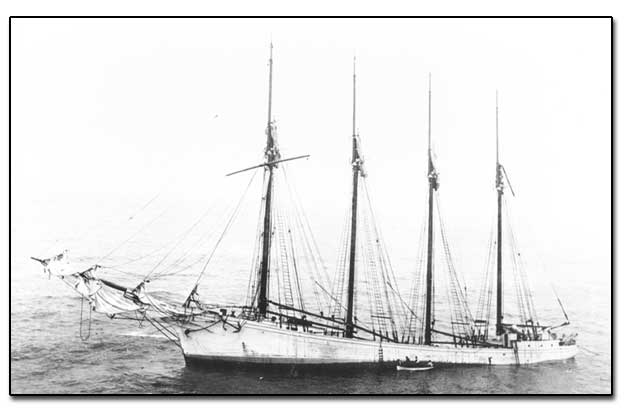 The Log has previously looked at shipwrecks off the Southern California coast, but there was once a schooner which succumbed to the elements while navigating the waters of Northern California more than 100 years ago. What makes this schooner interesting is it was named after one of California’s governors – but before he was elected to office.

James Rolph made a political name for himself in the 1910s and 1920, serving as San Francisco mayor for 19 years before representing the state as governor from 1931 to 1934.

Rolph, however, had extensive shipping interests prior to his political run, operating a shipping business in the San Francisco area.

His firm, Rolph Shipbuilding Co., built several vessels and owned a few others, such as Golden Gate and the eponymous James Rolph.

The 586-ton schooner was built in 1899 and was apparently a trade ship for more than a decade. James Rolph came to her demise just one year before Rolph, the shipping magnate and politician, tossed his hat in the ring for San Francisco’s mayorship.

Information available on the shipwreck indicated James Rolph was unable to navigate herself out of foggy and winding conditions, ultimately crashing in San Pablo Bay in August 1910. Efforts to save her were unsuccessful.