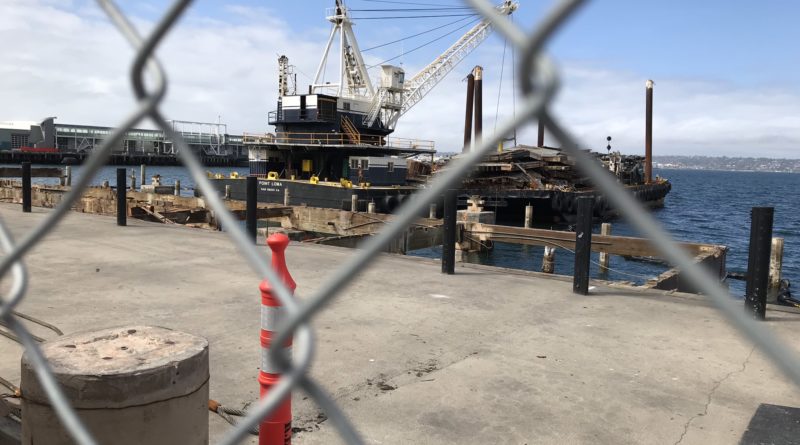 California agencies are eligible to apply for federal grants to help pay for various boating infrastructure projects, such as docks promoting boater access to restaurants or other waterfront venues. (Parimal M. Rohit photo)

U.S. Fish and Wildlife Service’s funding mechanism helps pay for projects in Avalon and San Pedro, among other locations.

EUREKA — Several boating projects in California benefit from a federal grant program aimed at funding vital infrastructure improvements, according to a presentation at the most recent Division of Boating and Waterways Commission meeting in Eureka.

Lisa Fernandes, a project manager with the Division of Boating and Waterways, or DBW, spoke with commissioners about some of the most recent California projects funded by the Boating Infrastructure Grant (BIG) program.

Also benefitting from the Boating Infrastructure Grant program is a pumpout station in Avalon.

The grant could also be used to pay for dredging (one-time award), seawalls and engineering permitting costs.

“The purpose of BIG is to construct, renovate or maintain tie-up facilities for recreational boats [measuring] 26 feet in length and staying 15 days or less,” Fernandes told commissioners. “BIG is a federally-funded program managed by the U.S. Fish and Wildlife Service and funded by the Sportfish Restoration Program.”

DBW is an authorized administrator of the grant program, which is broken down into two tiers.

The DBW application deadline was Aug. 3; the department received one application and will be forwarded to the U.S. Fish and Wildlife Service before its Sept. 10 deadline, Fernandez told commissioners. Award winners will be announced in March 2019.

California has been awarded more than $17 million in BIG funding since 2000, providing financial assistance to 16 Tier 1 and 18 Tier 2 projects. Funding has been granted to 21 private and public entities.

Avalon is spending its $197,000 federal award to renovate the city’s aging pumpout and water fill-up station.

“This system is [more than] 20 years old and is vital to the boaters,” Fernandes told commissioners. “The renovation will help ensure accidental discharge does not happen because of a nonworking facility.”

By The Number: Boating Infrastructure Grant

Source: Division of Boating and Waterways