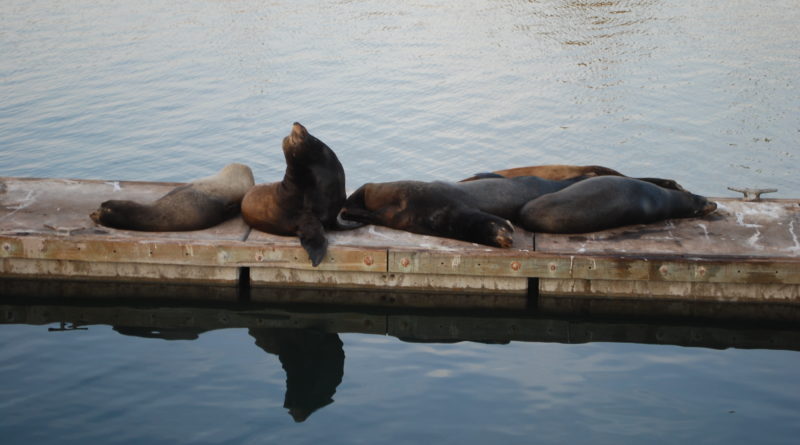 STATEWIDE — California sea lions have reached the same carrying capacity as the species did in 2008, according to the result of new research and National Oceanic and Atmospheric Administration (NOAA) Fisheries.

Numbers of the pinnipeds declined after 2008 due to a prolonged warming of waters off the California coast, NOAA Fisheries staff stated.

Federal officials credited the Marine Mammal Protection Act, or MMPA, as the reason why the California sea lion population has been able to rebound.

The MMPA establishes goals for each species covered under the policy; states are specifically responsible for guiding an impacted species to its Optimum Sustainable Population, or OSP.

Results of the study were published in the Journal of Wildlife Management.

“The population has basically come into balance with its environment,” report co-author Sharon Melin, a research biologist at the Alaska Fisheries Science Center who has tracked sea lion numbers in Southern California’s Channel Islands for years, stated. “The marine environment is always changing, and their population is at a point where it responds very quickly to changes in the environment.”

Researchers, in reaching the reported conclusion, studied several data sets between 1975 and 2014. They specifically looked at sea lion pup counts in the Channel Islands region and surveyed survival rates to determine pinniped population growth during the 40-year study period.

“Market hunting, bounties, pollutants … and other forces depressed sea lion numbers in the middle of the last century. The new study found that the species then rose from less than 90,000 animals in 1975 to an estimated 281,450 in 2008, which was roughly the carrying capacity for sea lions in the California Current Ecosystem at that time,” federal officials said in a NOAA Fisheries statement about the Journal of Wildlife Management report. “It then fluctuated around that level, reaching a high of 306,220 in 2012 before declining below the carrying capacity in the years since as ocean conditions changed.”

Small changes in weather patterns are enough to alter the species’ growth or reduction.

A 1-degree (Celsius) increase in water surface temperature off the West Coast, for example, would, according to NOAA Fisheries, reduce the sea lion population growth to zero.

Increasing the surface water temperature by 2 degrees (Celsius) would result in a population decline of 7 percent.

Unusually high water temperatures in 2013 and 2014 resulted in the sea lion population dropping to about 250,000.

The population rebound, however, does have some unintended consequences. NOAA Fisheries is looking to grant the states of Idaho, Oregon and Washington to remove sea lions from a stretch of Columbia River near Bonneville Dam, where pinnipeds are preying on salmon protected under the Endangered Species Act (ESA).

Sea lions and adults have also struggled to co-exist, with one human-pinniped interaction in the summer of 2016 resulted in a young girl being pulled from a dock and into the water.