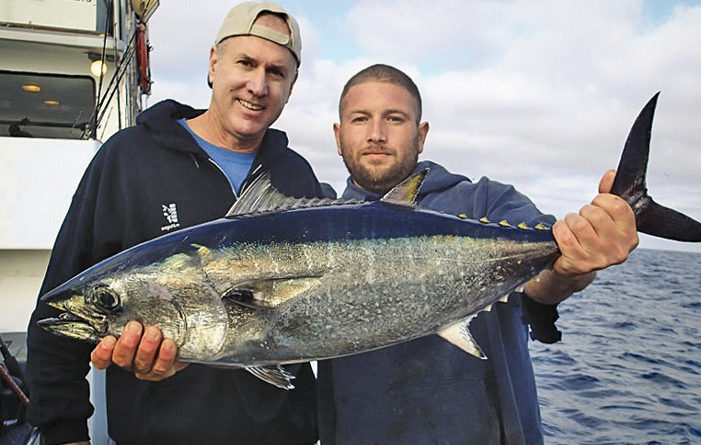 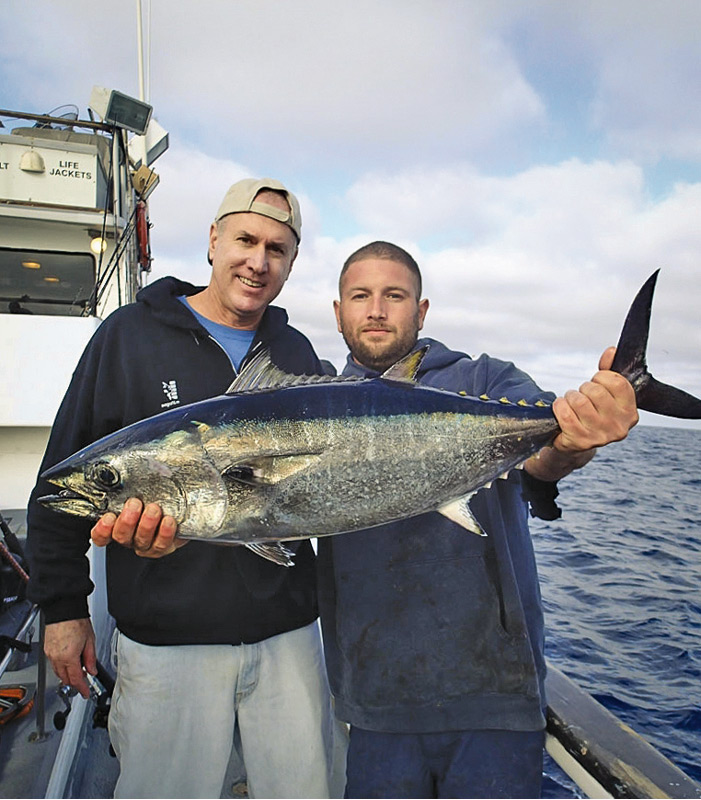 SACRAMENTO — Southern California anglers could soon be facing tight restriction on bluefin tuna catches south of Point Conception, as the Department of Fish and Wildlife (DFW) discussed a restrictive policy to address overfishing and keep pace with federal and international regulations.

The Fish and Game Commission considered a proposed regulation at its Feb. 11 meeting in Sacramento to limit the catch size of Pacific bluefin tuna and dictate how the species is filleted while at sea.

According the Inter-American Tropical Tuna Commission (IATTC), the Pacific bluefin tuna stock is estimated to be less than 4 percent of its “unfished abundance.”

IATTC recommended a reduction in catch of 20 to 45 percent for the entire range of stock. To meet this goal and help restock the Pacific bluefin tuna population, the Pacific Fishery Management Council voted in November 2014 to reduce the bag limit for bluefin tuna to two per day.

“These animals are so valuable. This is a fish where a single giant bluefin … brings in $1 million in Tokyo. It’s no wonder they hunt them to that level of abundance. Our job is to see what we can do about it,” Fish and Game Commissioner Michael Sutton said. “We’re limited. The feds have the primary authority in managing these fish.”

Yaremko added it is difficult to distinguish bluefin tuna from other types of tuna when processed at sea. Accordingly, she said the state needs to consider clarifying its policy of filleting tuna while at sea.

“We needed to address changing the regulations governing filleting tuna at sea … and how to continue to allow filleting at sea in a manner that would allow identification of the species and counting of the species in a mixed-bag type of situation,” Yaremko said.

The proposed regulation, if adopted, would require all tuna species filleted aboard a boat or brought ashore as fillets south of Point Conception to be individually bagged. The bag must be marked with the species’ common name, and each fish must be cut into six pieces with all skin attached.

An angler requested the Fish and Game Commission exclude skipjack tuna from the proposed fillet rule. However, Yaremko said DFW is trying to conform to federal and international direction. Since the fish species was not included in federal or international policy recommendations, state officials will not incorporate an exemption for skipjack tuna in proposed regulations.

IATTC is a 21-member commission responsible for tuna conservation in the eastern Pacific Ocean and includes the United States, Canada, Mexico, China, Japan, the Koreas, Chinese Taipei and countries in Central and South America.