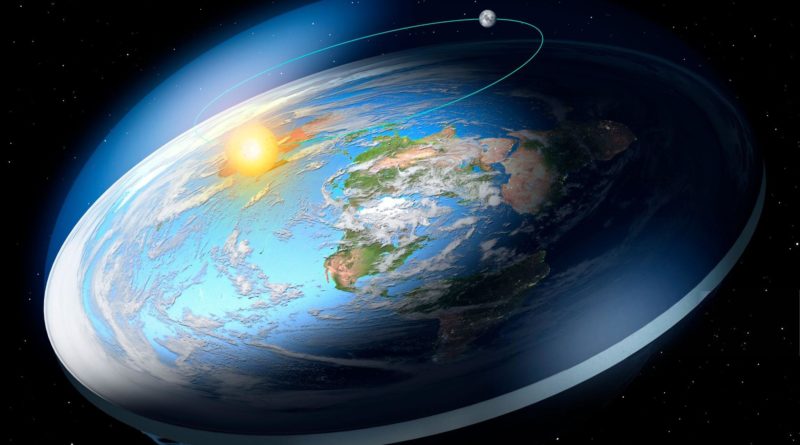 FOUNTAIN VALLEY—Most folks probably did not think debate on whether the Earth was flat or round would return in record numbers in the 21st century, yet here it is with the backing of several celebrities and regularly making headlines. The Flat Earth International Conference (FEIC), which takes place on Nov. 14 this year, will feature at least 16 speakers commenting on matters related to the belief the Earth is flat.

Multiple news sources have reported, in one of the stranger matters, that organizers of FEIC are planning a cruise for the 2020 conference. Depending on which media outlet, there have been claims the Flat Earthers will travel to Antarctica to what they call “the edge” – or the end of the Earth.

So what happens when one reached the edge? A longstanding theory among Flat Earthers is that “The Pac Man Effect” takes place. This theory explains how, similar to the video game featuring the popular, famished yellow character, once a ship gets to the edge it will travel through a kind of wormhole that takes it to the other side.

Another theory, mentioned in an article by SFGATE, is Flat Earthers believe the Arctic is the center of flat earth, which could have began the rumors that the Flat Earth cruise will travel to this destination. The edge, as Flat Earthers theorize, is located there and NASA is supposedly protecting explorers from learning a little too much about it. While the Flat Earthers cruise has been in the news recently, at least one source states the Flat Earthers will not be embarking upon an Arctic adventure, but will stay in warmer regions.

There is countless scholarly research showing evidence the earth is spherical. The first known recorded instance was more than 2,000 years ago by an ancient Greek mathematician named Eratosthenes. Further research was validated by Pythagoras around 500 B.C. and then confirmed by Aristotle several centuries.  Not to mention, confirmation by NASA and other explorers in between.

In the “About” section of the Flat Earth Conference official site (flatearthconference.com), however, there are statements that regarding NASA “lying” about round Earth. The website states, “Every experiment ever conducted to prove even the simple spin of the Earth has failed.” How far to the edge will this conspiracy theory travel?