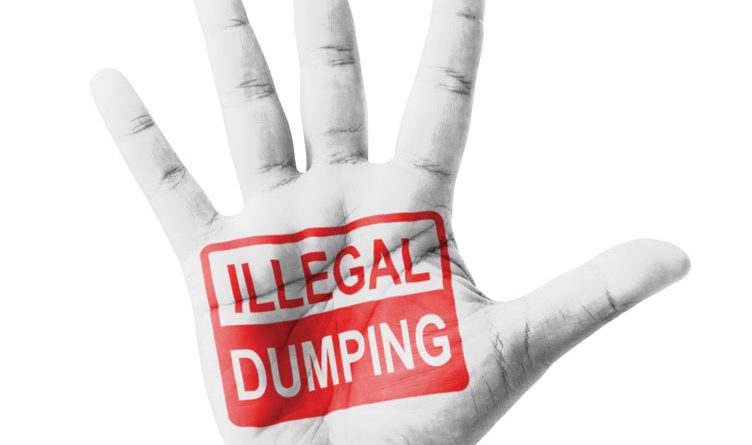 ANCHORAGE, Alaska (AP) — Almost from the moment a converted crabbing boat became a floating strip club off the shore of an Alaska island, it’s been beset by legal tangles over safety rules and liquor laws. Now there are allegations that it’s been dumping human waste into a harbor.

Darren Byler and Kimberly Riedel-Byler have been indicted by a federal grand jury on three counts, including violations of the federal Refuse Act.

A water taxi ferries customers to the 94-foot Wild Alaskan, which features a modest stage surrounded by folding chairs, and a bar with a flat-screen TV and a view of St. Herman Harbor.

According to the Feb. 18 indictment, Byler and Riedel-Byler piped raw sewage from the vessel’s bathrooms into the harbor near Kodiak instead of taking the waste 3 miles offshore. The Bylers also are accused of telling the Coast Guard they were properly disposing of the waste when they actually weren’t.

Byler, who pleaded not guilty at his arraignment was released on $25,000 bail, Assistant U.S. Attorney Kyle Reardon said. Riedel-Byler is expected to be arrested soon.

Byler said in a phone interview that there was plenty of room to store sewage in the Wild Alaskan’s 3,500-gallon holding tank and the ship passed previous marine sanitation and plumbing inspections.

“We’re not guilty of pumping into the channel”‘ he said, adding that no lies were told to the Coast Guard, either.

The Wild Alaskan opened for business in June 2014 and was in its infancy when it encountered problems early on.

The Coast Guard briefly shut down the floating bar after someone reported that a water taxi taking patrons to the vessel was overloaded. Before the taxi call, the Coast Guard found the boat had an expired personal location beacon, expired inflatable devices on two life rafts and inoperable navigation sidelights.

At the time, Byler said he believed his troubles stemmed from disapproval that he had exotic dancers aboard the Wild Alaskan.

The Alaska Alcoholic Beverage Control Board revoked the business’s liquor license in early December over questions about Byler’s common carrier license, which allows the sale of alcohol on vehicles involved in transporting passengers or freight.

Board officials said Kodiak bar owners alleged an unfair advantage for the business because common carrier licenses are subject to less oversight.

Byler said he is fighting license revocation and plans to reopen in the springAs for the allegations of improper sewage disposal close to shore, Nick Szabo, a retired fisherman and the member of the city port and harbor advisory board, said he doubts it’s an unusual occurrence.

“There are probably other vessels that are doing it,” he said. “They just haven’t gotten caught.”