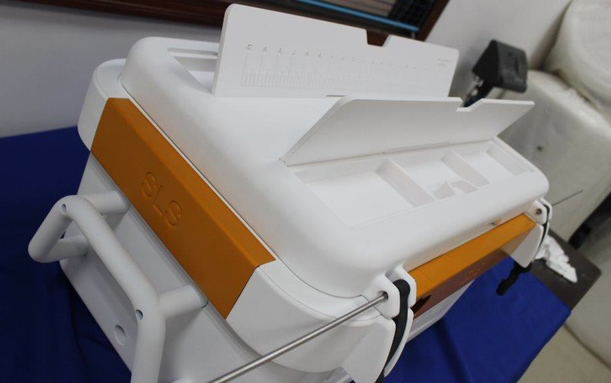 Joe Abeyta, a 24-year military veteran, began his Kickstarter campaign last month to fund production for the LifeCool — a cooler that transforms into a liferaft when submerged in water.

The LifeCool is the product of Abeyta’s Coast Guard rescuer experience saving a man almost three years ago who was clinging to the top of a cooler.

Abeyta’s experience with the Coast Guard helped him recognize the need for a piece of gear that would be always out on deck and available to boaters when trouble struck. Life jackets, he said, while stowed safely below decks, are rarely worn and seldom accessible when accidents or storms caused panic on board.

“I had two priorities when I came up with the idea,” said Abeyta. “The first was saving lives. I’ve spent more than half my life dedicated to rescuing people at sea; this is just a continuation of that effort. And second, was if I was going to do this, I was going to put people to work here in the U.S. I achieved both of those goals. The LifeCool is an American-made invention dedicated to saving lives.”

Creating each of the parts of the LifeCool with materials that would be appreciated by professional mariners was important to Abeyta. The cooler features marine-grade stainless steel, rotational molded technology found in current high performance coolers, and an inflatable “supplemental lifesaving system” manufactured with components currently approved for use in Coast Guard-approved inflatable lifejackets.

Abeyta is in his second week of the Kickstarter campaign and sharing his story. “I only wish I could have invented it sooner,” he said.