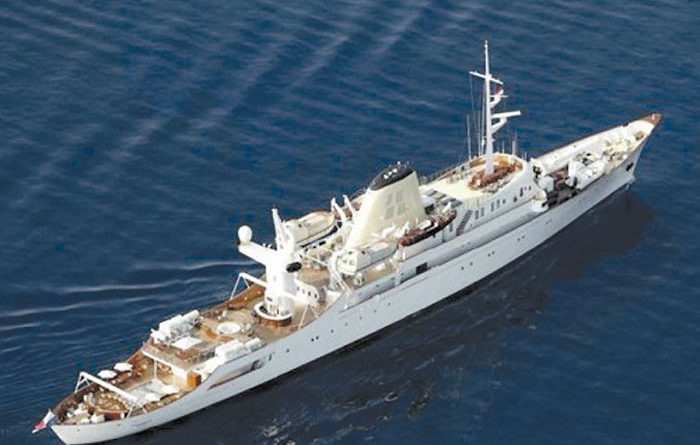 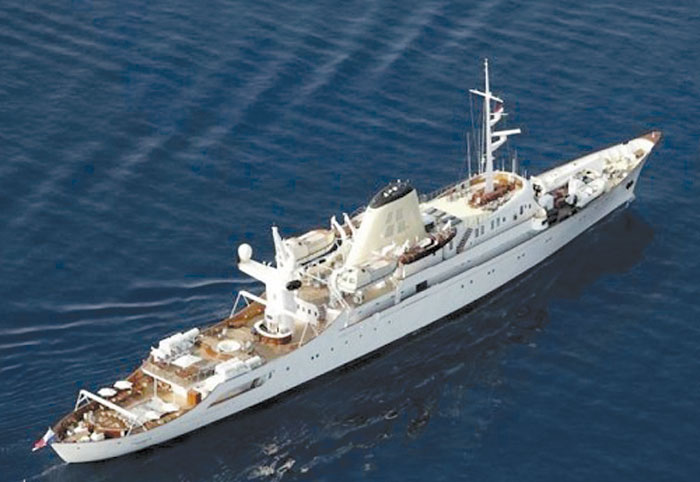 LONDON (LOG NEWS SERVICE) — You get the ship, and you get a slice of history too — a bargain at only $32.4 million.

The mega-yacht Christina O, which once belonged to the late Greek shipping magnate Aristotle Onassis, has been put up for sale by its present owners.

Today’s Christina O was originally the Canadian warship HMCS Stormont that was launched in 1943. It served as a convoy escort during the Battle of the Atlantic and participated in the D-Day landings.

The 325-foot vessel was purchased in 1954 by Onassis for its scrap value of $34,000. He spent $4 million converting the former frigate into a luxurious superyacht, renaming it Christina, after his daughter.

During the years he owned Christina, Onassis hosted world leaders — including Winston Churchill and John F. Kennedy — and Hollywood stars such as Marilyn Monroe Frank Sinatra, Elizabeth Taylor, Richard Burton and John Wayne aboard the yacht. The vessel also became the backdrop for Onassis’ romances with opera star Maria Callas and Jacqueline Kennedy.

When Onassis died in 1975, he left the yacht to his daughter Christina, who gave the vessel to the Greek government in 1978 for use as a presidential yacht. Renamed Argo, the yacht was eventually put up for sale for $16 million in 1998.

In 1998, Argo was purchased at auction by an Onassis family friend who had sailed aboard the yacht as a child. He changed the name to Christina O, in tribute to Aristotle Onassis, and reportedly spent more than $50 million to retrofit the aging superyacht.

Among the many attractions aboard are an outdoor swimming pool with a mosaic floor, which drains and rises to deck level at the push of a button, to become a dance floor; 19 staterooms, which can accommodate up to 36 guests; and a helicopter pad on the promenade deck.