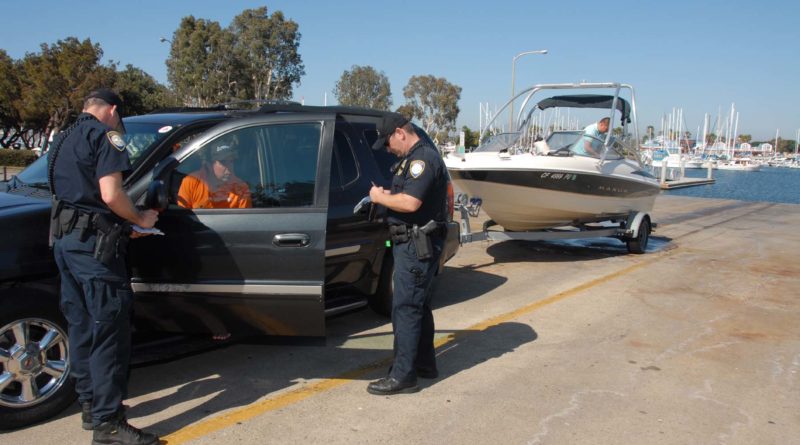 SACRAMENTO — A State Senator’s proposal to allow courts to authorize the impounding of vessels, for up to 30 days, from those convicted of certain boating under the influence crimes was vetoed by Gov. Jerry Brown, July 24.

Brown’s veto coincided with the signing of Assembly Bill 78 (AB 78), which expanded the use of blue lights for public safety vessels.

The two executive decisions come ahead of what will be a deluge of signings and vetoes as the 2017 legislative session comes to an end.

Both houses of California’s legislature approved State Sen. Jeff Stone’s proposal to grant courts the power to impound a vessel if its owner was convicted of boating under the influence of alcohol, drugs or any other combination of substances and the action resulted in the unlawful killing of another person.

Brown stated the vessel impoundment would not enhance law enforcement practices nor deter boaters or other recreational craft users from engaging in illegal behavior.

“Boating under the influence is a very troubling crime which exposes the public to grave danger. However, especially in cases where this conduct resulted in an unlawful killing, a defendant will be exposed to very serious criminal and civil liability, including potentially years in prison depending on the circumstances,” Brown wrote in his veto message.

“I do not see the need, in these tragic but narrow instances, to additional expand the powers of government to impound private property as an added punitive measure,” Brown continued. “This bill will not act as a deterrent, and existing criminal and civil penalties are sufficient to address the conduct contemplated.”

Senate Bill 644 (SB 644) was unanimously supported in both houses. State Senators initially voted 37-0 in favor of the vessel impoundment proposal in late May. An amended version of SB 644 earned a 74-0 vote in the Assembly, July 6, with the State Senate adopting the updated bill four days later.

Stone introduced the bill in response to a driving under the influence (DUI) arrest in his home district (portions of Riverside County, including Temecula and the Palm Springs area).

Under state law, a person subject to a DUI arrest could have his or her vehicle impounded and subject to a sale after 30 days. SB 644 aimed to apply a similar rule to boating under the influence convictions, particularly when the incident includes a death.

The bill was returned to the State Senate for consideration of Brown’s veto.

A proposal to expand the use of blue lights for law enforcement and other public service vessels was signed into law, July 24.

Fire department vessels will now be able to use distinctive blue lights when engaged in a public safety activity. Use of the blue lights had been limited to law enforcement vessels prior to the signing of AB 78.

Law enforcement – and now fire department – vessels use blue lights as a notice to boaters. Fire department vessels would, ideally, be able to respond to emergencies in a more efficient manner by using the distinctive blue lights.

“The use of blue lights on emergency vessels indicates to civilian boaters to yield the right-of-way and/or to slow down as to not create a hazard or unnecessary wakes. They do not mean by themselves to stop and succumb to police actions,” a legislative analysis quoted Assembly member Jim Cooper, D-Sacramento as saying prior to AB 78’s passage.

AB 78 received support from Recreational Boaters of California and several fire department organizations across the state. Assembly members voted 74-0 in favor of the bill in April; state senators approved the blue lights proposal by a 33-0 vote in early July.