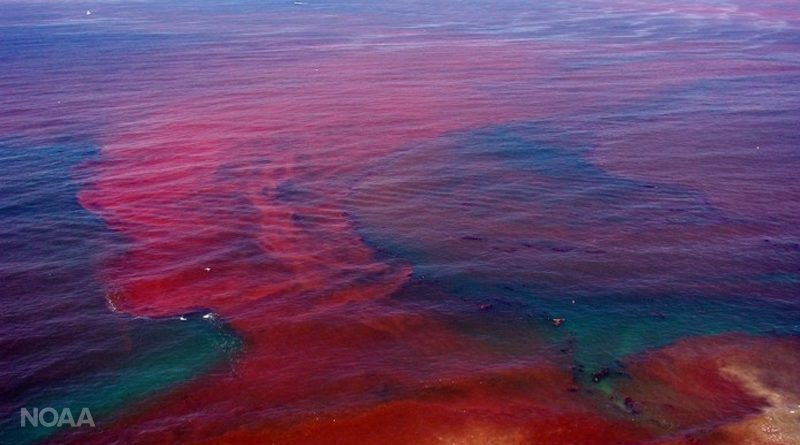 SACRAMENTO—September 2019 has come and passed, which means California’s governor has signed or vetoed every bill passed out of this year’s state legislative session. Gov. Gavin Newsom, in his first year as California’s executive, signed and vetoed several bills on Sept. 27, including a handful of proposals addressing algal blooms and climate change.

The bill was unanimously approved in the Assembly (77-0) and only received one opposition vote in the State Senate (39-1 tally).

Assembly Bill 834 is now law, which means the State Water Resources Control Board must establish a “Freshwater and Estuarine Harmful Algal Bloom Program.” The program, according to the bill, would aim to protect water quality and public health from harmful algal blooms.

Statewide actions would be coordinated to protect the public and aquatic ecosystems from toxins produced by harmful algal blooms.

Both the port district and San Diego City Hall will each have to submit a trust lands use plan to the State Lands Commission, under the new law. The port district, in exchange for the public lands it will be granted, would transfer $412,903 to the State Lands Commission by June 30, 2020. The monetary transaction would be based upon revenues generated from the lands granted.

There are several other conditions attached to the public lands grant. SB 507 was proposed, however, to address a handful of public lands directly managed by the State Lands Commission. The bill’s author, State Sen. Toni Atkins, proposed SB 507 to bring those lands within the port district’s authority.

The State Coastal Conservancy will administer a Climate Ready Program, thanks to the signing of Senate Bill 576 into law. The program, according to a legislative analysis of SB 576, would “address the impacts and potential impacts of climate change on resources within its jurisdiction.”

Newsom’s veto message on AB 1511 stated the transfer of administrative services of the Santa Monica Bay Restoration Commission, while well intentioned, would not have helped the local agency achieve its mission. Bloom, through AB 1511, proposed to transfer the Santa Monica Bay Restoration Commission’s administrative services from the State Water Resources Control Board to State Coastal Conservancy.

“I appreciate the efficiencies gained by linking the Santa Monica Bay Restoration Commission to the State Coastal Conservancy,” Newsom wrote in his veto message. “However, the State Water Resources Control Board is better equipped with both staff and resources to provide administrative services to the commission. Additionally, this bill would require the commission to expand their authority to include water supply and broaden the water quality authority. It is not clear that the commission has the appropriate expertise to fulfill this direction.”