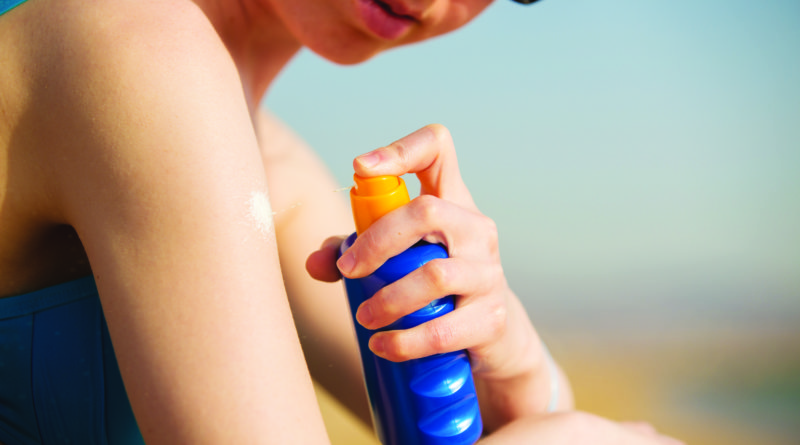 HAWAI’I — For anyone who spends a lot of time in the sun (many of The Log’s readers), the value of sunscreen for protecting against burns – which can lead to various forms of cancer and more – is known. However, as it turns out, the chemicals in some tanning lotions are causing harm to the ocean’s coral reef, an essential part of the sea’s ecosystem.

In a first for legislation across the United States, lawmakers in Hawai’i passed a bill banning the use of sunscreens that contain the ingredients oxybenzone and octinoxate. A study completed by Haereticus Environmental Laboratory, found that these chemicals are contributing to the phenomenon known as coral bleaching, a process that strips the coral of its beneficial minerals, and is also known to cause mortality to young coral.

Language of the bill states: “Beginning January 1, 2021, it shall be unlawful to sell, offer for sale, or distribute for sale in the State any sunscreen that contains oxybenzone or octinoxate, or both, without a prescription issued by a licensed healthcare provider.”

According to a paper published in Archives of Environmental Contamination and Toxicology, nearly 14,000 tons of sunscreen reaches the world’s coral reefs every year. In addition to the reefs, the legislature also sites sea turtles, marine mammals, migratory birds and many other creatures that are affected by the ingredients. Further, oxybenzone and octinoxate interferes with the embryonic development of coral, fish, sea urchins and others. Neurological impacts have been surveyed in fish populations that come in contact with the dangerous ingredients.

The ban on sunscreens containing oxybenzone and octinoxate would go into effect on July 1, with further bans on distributing and selling coral-damaging sunscreen on Jan. 1, 2021.

Many readily available sunscreens include at least one of the two ingredients. Refinery29 recently featured an article listing some recommended sunscreens on the market that are oxybenzone- and octinoxate-free.

If a visitor has a licensed healthcare-provider-issued prescription, the person will not be affected by this law.