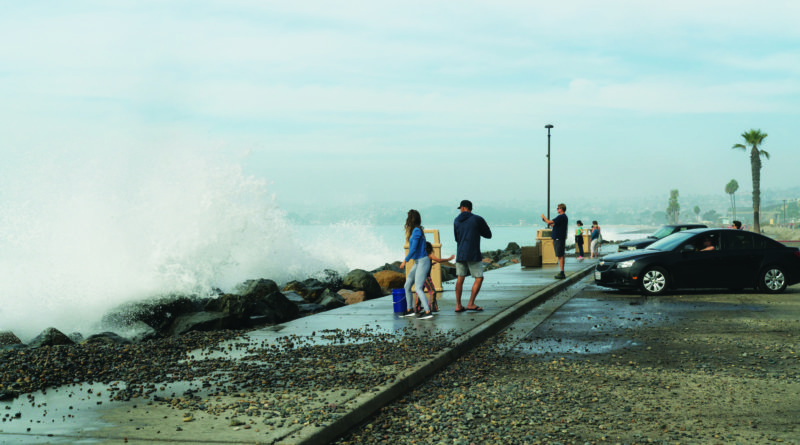 NATIONWIDE—A National Oceanic and Atmospheric Administration (NOAA) study revealed the United States matched a record for number of high-tide flooding days for a calendar year. There were five days of high tide flooding, nationwide, in 2018 – matching a similar phenomenon in 2015.

NOAA reported there were at least 40 locations where annual rates of high tide flooding were rapidly increasing, while 25 other areas were also experiencing an increase but at a less than alarming pace.

Flooding and sea level rise could, due to El Niño, continue to be factors in various locations before the end of 2019, according to the NOAA study.

The situation could be direr on the East Coast, NOAA predicts.

“Projected frequency increases in [high tide flooding] are especially problematic in many of the older, low-lying East Coast cities that were built just above average highest tides. As sea levels have risen over the last century, stormwater systems are no longer able to perform as designed,” authors of the NOAA study stated. “[High tide flooding] causes tidewater to fill stormwater pipes, which prevents rainwater from entering storm drains and causes increased impacts from flooding. Many of these gravity-driven systems are ceasing to function as designed, causing rainwater to flood streets and neighborhoods until the tide lowers and water can drain normally.”

High tide flooding is expected to occur at least twice in the Southwest Pacific region in 2019, an 80 percent increase since 2000.

“Annual flood records are expected to be broken again next year and for years and decades to come,” authors of the NOAA study stated. “Projecting out to 2030 and 2050 provides vital information for communities who are already taking adaptation steps to address coastal flooding impacts and those who are beginning to assess future flood risk in their communities.”

The federal agency relies upon 200-plus permanent water level stations in the Great Lakes and along various ocean coastlines to gather data on potential coastal flooding and sea level rise.