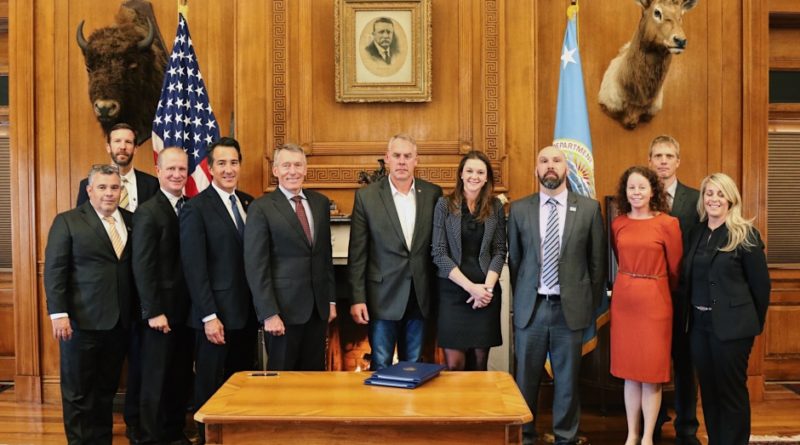 WASHINGTON, D.C. — Regional bureaus within the U.S. Department of Interior were ordered by Sec. Ryan Zinke to submit plans calling for the expansion of recreational opportunities on federal waterways.

“It is a priority of the department to increase recreational opportunities so more Americans can create inspiring and lasting memories from the gifts provided to us through our public lands and waters,” Zinke said in his order. “Recreation on public lands also directly supports businesses that facilitate access to those lands. These businesses include outfitters and guides, the lodging industry, other concessioners, and the outdoor clothing and equipment industry.”

Streamlined permitting, improved access signage and additional recreational opportunities for disabled persons, veterans and the youth are among the initiatives included in Zinke’s order.

“The revenue generated helps to reduce the significant maintenance backlogs that exist on lands managed by the department. Enhancing recreational opportunities can only help to further defray the cost of maintaining our treasured public lands,” Zinke stated in his order.

Zinke also signed Secretarial Order 3365 on April 18, directing the creation of a Senior National Advisor to the Secretary for Recreation.

The position, according to Zinke, would “ensure deliberate and active coordination of recreational policy in the U.S. Department of the Interior.”

Rick May, who currently serves as a senior advisor to Zinke and is a retired U.S. Navy SEAL captain who served in Iraq, was named to the Senior National Advisor role.

May would be responsible for advising Zinke on all aspects of recreational policy, developing and coordinating strategies and identifying regulatory burdens, among other responsibilities.

Zinke’s April 18 order is an extension of his “Made In America” Recreation Advisory Committee initiative, which would advise the department head on public-private partnership opportunities on public lands and waters.

“Thousands of rural and urban communities benefit from recreation on federal lands,” he continued.