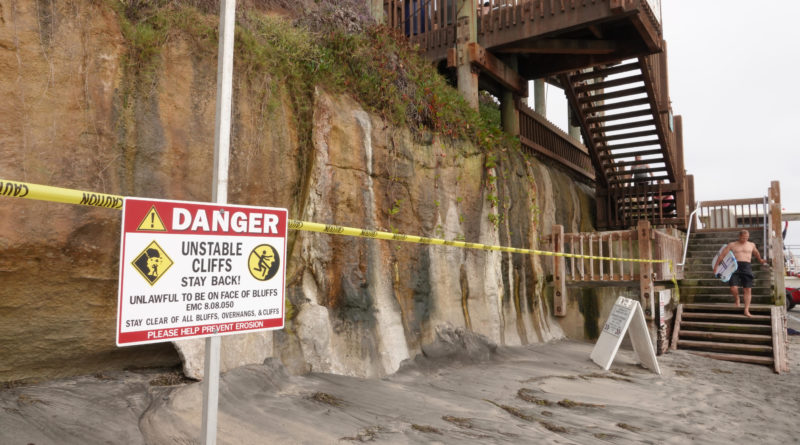 There will always be voices questioning whether climate change or sea level rise are actual phenomena, but other corners will work to be prepared for the worst, even if the worst never happens. Putting a plan in motion for what a community should do in the event of worst-case scenario sea level rise isn’t necessarily a waste of time or effort.

This certainly appears to be the mantra of the Coastal Commission, which hosted another presentation on sea level rise. Several presentations on sea level rise have been made in front of the quasi-judicial agency during the past few years – and this most recent one on Dec. 12, 2019, focused on managed retreat.

Managed retreat is a coastal management strategy where the shoreline is allowed to move inland (as opposed to strategies like coastal armoring, an attempt the keep the shoreline in place and keep water from penetrating inland).

Los Angeles and Ventura counties were the two areas Coastal Commission staff focused on during this most recent presentation.

Madeline Cavalieri, a district manager with the Coastal Commission, spent her portion of the presentation explaining the threats Los Angeles and Ventura counties face in the next decade.

The northern part of Ventura County is mostly subject to coastal erosion, while the Oxnard Plains area is already exposed to significant flooding, Cavalieri said in her presentation.

“Even at a low sea level rise projection of eight inches, storm, flood and wave impacts will threaten most of the county’s beach and dune habitats as soon as 2030,” Cavalieri said.

The county’s Department of Beaches and Harbors recently conducted a study of the Los Angeles County waterfront and determined 1-1.5 feet of sea level rise would be a tipping point for decision-making. Anything at or above this level would overwhelm the county’s short-term solutions to changing conditions.

Sand replenishment projects and seasonal berms have often been relied upon for local storm or wave management, but this could change if sea level rise becomes a reality, according to Cavalieri.

“The report states that increased storm frequency and high tides combined with El Nino conditions, will have a large impact on coastal residence, development and infrastructure along the highly developed coastline in the city,” Cavalieri told commissioners during her report. “Increased flooding, erosion and permanent inundation has been predicted in low-lying areas of Long Beach and is already happening along the peninsula and Alamitos Bay.”

Alyssa Mann, who spoke to the Coastal Commission on behalf of The Nature Conservancy, completed the Dec. 12, 2019 presentation. Her segment of the presentation focused on sea level rise and managed retreat in Long Beach.

She explained the concept of managed retreat and delved into why it is an important and necessary tool in responding to sea level rise.

“In the era of climate change and increasingly frequent and destructive natural disasters, there are some areas where moving out of harm’s way may be the best choice from a health, safety, economic and environmental standpoint. This approach, called managed retreat, would not only benefit effected people by helping them out of hazard zones, but also provide a societal benefit as cost to taxpayers and insurance rate payers would be reduced,” Mann said. “It could also provide space to create natural buffers that protect nearby communities and restore ecological functions in high hazard zones.”

The Nature Conservancy, according to Mann, is working with Virtual Planet to develop a program called “Sea Level Rise Explorer.” The program would visualize the effects of sea level rise and present solutions. The virtual reality program would be implemented in Long Beach.

“The purpose of the VR is not to scare people but to create realistic understanding of the issue and to show many of the solutions that might be possible,” Mann told commissioners during her presentation.

The Coastal Commission did not take any action based on the sea level rise presentation, which was made during the early stages of the Dec. 12, 2019 meeting in Calabasas.

One thought on “Is managed retreat a viable response to sea level rise?”