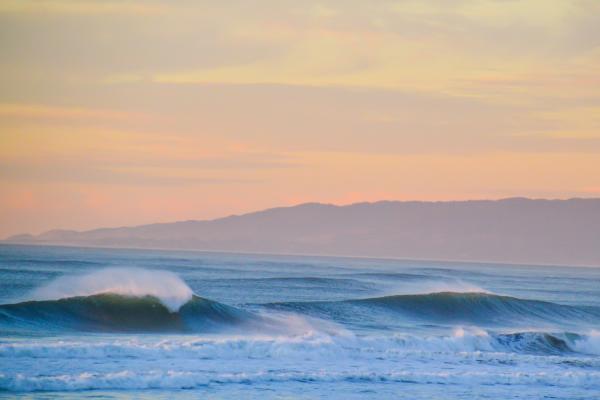 The way we manage our beaches could help protect coastal communities and harbors from rising oceans, according to a California Coastal Commission presentation.

SAN DIEGO—The threat of sea level rise is real and its effects are fast approaching, members of the California Coastal Commission have been preaching for the past few years. What could happen to California’s coastal communities if the worst of predicted sea level rise is realized within the next 80 years has been the subject of high level discussions at commission meetings this year and last.

Carey Batha, an environmental scientist with the Coastal Commission, provided the informational report about the role sand replenishment plays in sea level rise adaptation, particularly in San Diego County. The presentation was made to commissioners at their Oct. 16 meeting.

The city of Oceanside, Coastal Commission staff pointed out, conducted a vulnerability assessment in September 2018 and found much of the city’s small craft harbor – including its waterfront businesses – were definitely vulnerable to the effects of sea level rise.

“The South Coast Highway, Routes 78 and 76, the railroad and the La Salina wastewater treatment plant are vulnerable to flooding during extreme river flood events, and with sea level rise, flooding is expected to increase and become more frequent,” Batha told commissioners during her presentation.

A vulnerability assessment of the Port of San Diego was completed in mid 2019. Boating facilities, marine terminals and local ecosystems were deemed to be assets at risk should predicted sea level rise come to fruition.

California’s grant funding for Local Coastal Programs have funded 50 projects in 37 jurisdictions, plus 32 vulnerability assessments. Nearly $6 million has been granted so far, according to Coastal Commission staff.

Commissioners were also presented with a discussion on sand geology and replenishment. Joseph Street, who is a coastal geologist, and Lesley Ewing, a coastal engineer, both made a case as to why beach nourishment and sand replenishment are necessary tools for state, regional and local agencies to use in the defense against sea level rise.

Street focused on beaches serving as a valuable and necessary buffer between the ocean and land development.

“There is more to that lump of sand than meets the eye,” Street told commissioners. “The anatomy of the beach matters. A wide, gradual beach with a broad subtidal reach is likely to be more protective of bluffs and development and be more resistant to the effects of rising sea levels than a narrow beach with deeper water and high wave exposure.”

There is a direct connection between sea level rise and the potential loss of beaches, according to Street.

“Accelerated sea level rise is likely to have profound effects on beach conditions. As a general matter, sea level rise is expected to result in the inland and upslope migration of beaches,” Street told commissioners.

Ewing said there are several adaptive measures local, regional and state agencies could implement in addressing the prospects of sea level rise.

Ewing, like Street, stated beaches are nature’s way of protecting land development from the ocean.

Beach nourishment and sand replenishment are nice measures, according to Coastal Commission Executive Director John Ainsworth, but neither would be the end-all, be-all of a long-term adaptation plan.

“Beach replenishment, beach nourishment should be considered a short-term, interim measure in a longer-term, phased adaptation plan,” Ainsworth said. “But it’s also important to consider the context in each location. The circumstances are different in different contexts. We have to be able assess that with each one of these adaptation planning efforts going forward.

“I worry about the things we don’t know,” Ainsworth continued. “Things are happening more quickly than we ever imagined, and scientists are telling us that.”

3 thoughts on “Is sand replenishment a defense to sea level rise?”