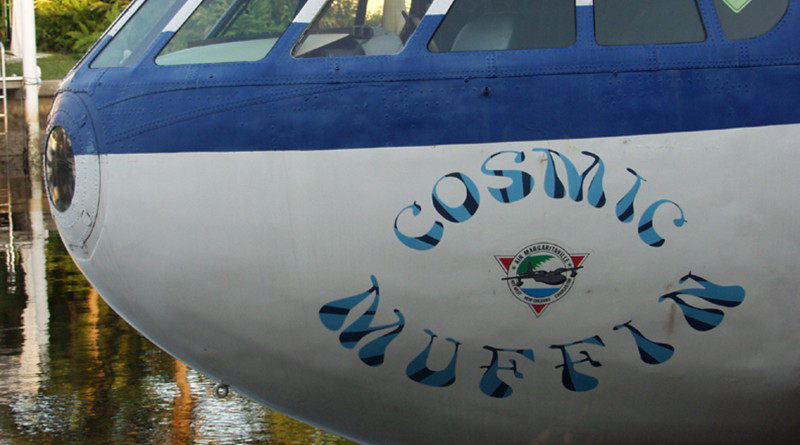 FLORIDA — Cosmic Muffin, a plane-boat tied up to a Fort Lauderdale dock, has the ability to capture people’s attention not only for its rarity but also for its interesting historic background.

According to a timeline published by Jordan Yachts, the plane-boat began as a Boeing 307 Stratoliner for Howard Hughes, who purchased the plane in 1939. The aviator and filmmaker owned one of 10 Boeing 307 Stratoliners built in the late 1930s. The government ordered production halted on the planes during World War II.

In March 1949 Houston oil millionaire Glenn McCarthy purchased the 307 from Hughes to fly celebrities to the grand opening of his hotel, the Shamrock Hotel. The plane, renamed The Shamrock, was sold in 1962 to Florida Jet Research in Fort Lauderdale, where it was renamed The Flying Penthouse.

By 1964 the plane was grounded indefinitely after experiencing a cockpit electrical fire during a flight over the Gulf of Mexico and resulted in an emergency landing in Gulfport, Mississippi. An excessive amount of damage caused by Hurricane Cleo to her wing and tail.

The plane had logged a total of 500 flight hours in 25 years.

Fort Lauderdale realtor and pilot Kenneth London rescued the plane in 1969 from its destined fate of dismantlement. London spent four years converting the plane into a yacht, complete with twin V-8 inboards, electrical, plumbing and a restored bar.

By 1981 the plane was purchased by Dave Drimmer who remodeled, renamed and rebuilt the plane-boat to make it conducive to liveaboard conditions.