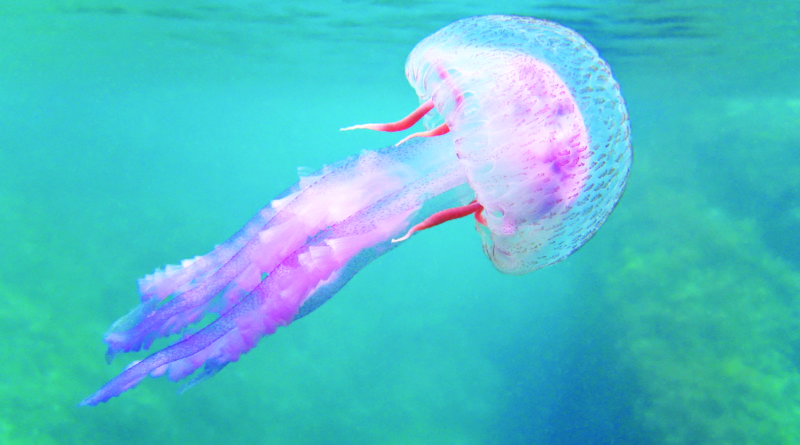 GENOA, Italy ― A chef at Slow Fish Genova, an annual seafood festival, introduced a toxic sea creature as edible for human consumption this past May. Jellyfish was served up boiled and fried for people to taste at the festival in Genoa, a port in Italy on the Mediterranean Sea.

The jellyfish, also called the mauve stinger, does in fact sting. Its scientific name is Pelagia noctiluca and typically can be found in warm waters. Mauve stingers have been growing in population and seen around the world.

The chef, conducting the cooking demonstration at the festival, claimed the boiling process eliminates the bacteria and the toxicity.

The increasingly large numbers of jellyfish can have negative consequences and not just with tourism due to stinging people.

A Review of Jellyfish Blooms in the Mediterranean and Black Sea published by the Food and Agriculture Organization of the United Nations (FAO) reports overfishing takes away the natural predators of jellyfish. The jellyfish also consume the fish larvae as well as the “same food source” as the fish larvae.

The report also claims the jellyfish have a negative effect on fisheries.

“During blooms, the gelatinous masses are so thick that they can clog fishing nets in no time,” the FAO report states.

A FAO news article provides additional explanations, other than overfishing, as to what causes the overpopulation of jellyfish.

Other potential causes include “global warming” and “widespread use of sea walls to prevent coastal erosion…which make an ideal habitat for those jellyfish who go through a stage as polyps in their early lives,” the FAO article states.

Will jellyfish consumption catch on among people and be on the menu in seafood restaurants around the world?

The FAO supports the idea to “develop jellyfish products for food” as a way “to prevent or cope with jellyfish blooms.”