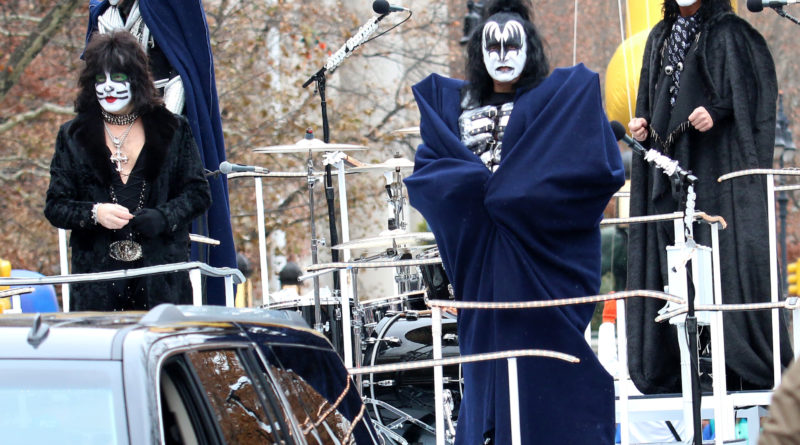 PORT LINCOLN, Australia―Rock band KISS has rocked the stage for nearly 50 years, and its members will soon be rocking the boat for quite a different set of fans. On Nov. 18, the rockers are set to perform aboard a boat off the southern coast of Australia in a concert geared toward great white sharks. The concert takes place in the Indian Ocean – one of the biggest feeding grounds for great whites.

“This November, we’re rockin’ the boat for a one-time-only concert event for great white sharks (turns out, they’re big fans too!),” KISS tweeted on Oct. 3.

Research indicates great white sharks are attracted to low frequencies and pulsed sounds, which among other things, are produced by rock music. A handful of human fans will join them for the concert aboard The Shark Warrior, a glass-bottomed boat that allows passengers to see the sharks swimming beneath them. KISS will stay above board with the sound projected beneath the surface of the water where fans will be listening from the boat’s ‘Aqua Sub’ viewing hull.

“I’ve played for a lot of land sharks. Now I finally get a chance to play for the ocean varieties,” KISS’s Paul Stanley told Rolling Stone magazine.

The first-come, first-serve tickets cost fans only $50 and quickly sold out. The concert is part of a new Airbnb feature, Animal Experiences. In a press release the travel company said Airbnb Animal Experiences is designed to have people entertain animals instead of the other way around. All proceeds from the event will go to the Australian Marine Conservation Society.

“We’re taking it to a whole new level – humans will be entertaining the sharks, not the other way around,” event host Matt Waller said in a press release.

The performance is part of the band’s End of the Road farewell tour, which began in January 2018.