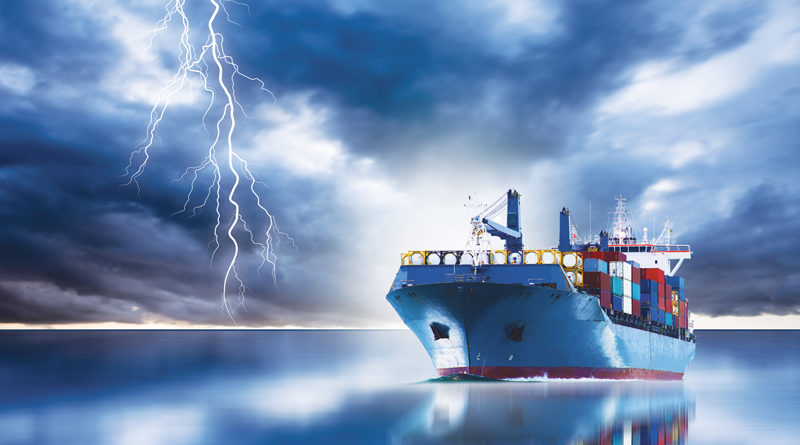 WASHINGTON D.C. ― Lightning occurs at a higher frequency and with more intensity in places where cargo ships travel than in other parts of the ocean, according to the results of one study.

“Lightning is nearly twice as frequent directly over two of the world’s busiest shipping lanes in the Indian Ocean and the South China Sea,” the Geophysical Research Letters from a publication of the American Geophysical Union summarized.

“Lightning enhancement stems from aerosol particles emitted in the engine exhaust of ships traveling along these routes,” the report continued.

The exhaust from cargo ships’ diesel engines not only contributes to smog and soot, as owners of boats in industrial ports are quite aware of, the aerosol particles also contribute to storms.

“These particles act as the nuclei on which cloud drops form and can change the vertical development of storms, allowing more cloud water to be transported to high altitudes, where electrification of the storm occurs to produce lightning,” the study claimed.

“Our findings suggest that even small absolute increases in remote marine aerosol particles due to human activities could have a substantial impact on storm intensity and lightning, … which has consequences not only for human life and property but also for atmospheric composition and climate,” the Geophysical Research Letters concluded.

World Wide Lightning Location Network (WWLLN) collected data during a period of 12 years. The study began in 2005. Researchers published their conclusions from the findings in September.