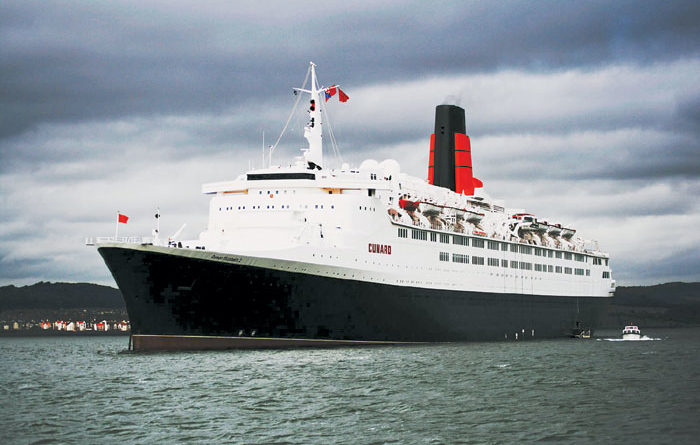 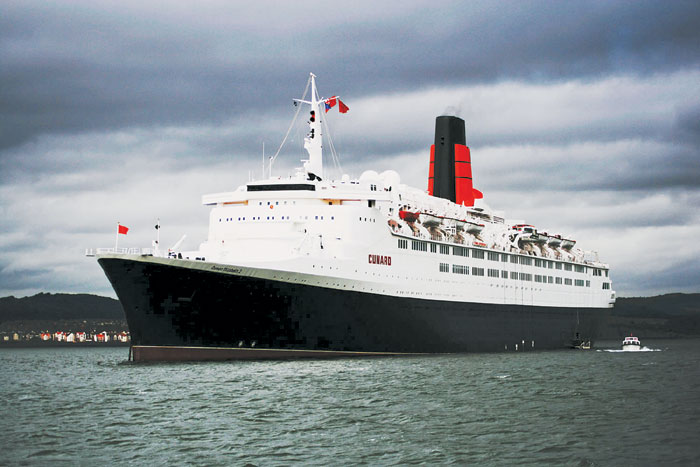 DUBAI, United Arab Emirates (AP) — The Dubai owners of Queen Elizabeth 2 (QE2) outlined plans July 2 to turn the storied cruise liner into a dockside hotel that will keep many of the ship’s original furnishings and interior accents intact, ending years of speculation about the fate of the $100 million vessel.

A rare tour given to the Associated Press showed that while there’s still work to be done, the conversion may convince future guests they’ve been transported back in time. From books stacked neatly on a quarterdeck library shelf to the spiral staircase leading to the intimate champagne bar, little appears changed since the vessel’s final voyage in 2008.

Glass doorways, wall clocks and even trash cans still carry the logo of the Cunard Line, which operated the QE2 for nearly four decades.

Boxy guest room televisions and ashtrays built snugly into corridor walls harken back to earlier eras. So do many of the color schemes in public areas like the Yacht Club Lounge, with its wood-paneled walls and baby blue chairs.

Even the onboard slot machines remain in place — an incongruous sight in a Muslim country where gambling is forbidden. Leili Gerami, the QE2 project director, said one idea is to turn the casino into a game center with machines that spit out prize tickets rather than cash.

The latest renovation effort is a comedown from a previous proposal to significantly overhaul the ship and convert it into a luxury hotel docked alongside one of the sheikdom’s manmade palm-shaped islands. Developers shelved those more ambitious plans when Dubai’s economy tumbled into crisis.

Sultan Ahmed bin Sulayem, the chairman of Istithmar World, the Dubai state investment company that owns the ship, said the aim now is to open about 300 existing cabins as guest rooms. The company realized that visitors want to see QE2 as it originally looked, he said.

“We are not making major changes,” the sultan explained. “We will preserve its tradition and the way it was,” he said at a news conference near the ship’s mooring. “It’s a great vessel — and it will continue its journey to serve the tourist sector in Dubai.”

Cruise lovers and history buffs still have plenty of time to plan their trips to Gulf emirate, though. Officials say the conversion will take about 18 months, meaning the hotel likely won’t open before the end of 2013.

Istithmar bought QE2 from Cunard for $100 million in 2007. The investment company is part of Dubai World, the state conglomerate at the center of Dubai’s 2009 financial meltdown. Istithmar has been working to reduce its debt load, and in May it lost control of upscale retailer Barneys New York as part of a deal with creditors.

QE2 will remain in Dubai’s downtown Port Rashid facility, where it has been moored for most of the last three and a half years, to serve as a tourist magnet alongside a proposed maritime museum and an expanding cruise ship terminal complex.

The ship’s fate has been the subject of intense speculation since its arrival in November 2008. Officials have long been reluctant to address questions about its future, even as it sat unused and suggestions swirled that it could be moved to South Africa for the 2010 World Cup — or sold for scrap.

This past New Year’s Eve, an event-planning company hosted a black-tie bash on board that included live music, fireworks and a laser light show. That was the first time the ship had hosted a large group of guests since it pulled into port.

Britain’s Queen Elizabeth II launched QE2 in 1967. Since it went into service in 1969, the ship has made at least 26 round-the-world voyages.

Left unclear is how much the hotel project will cost, and who is picking up the tab. But Bin Sulayem insisted money wouldn’t be a problem.

Negotiations are under way with contractors, the Istithmar boss said, and he “doesn’t want to give them hints” about how much is earmarked for the project. Neither Istithmar nor the city-state’s profitable port operator DP World, which Bin Sulayem also chairs, is paying for the project, he said.