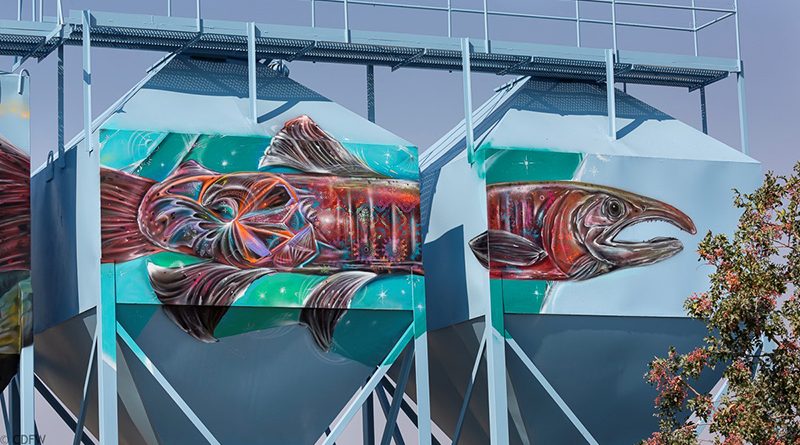 The 2.6 percent of Chinook salmon that survived their run is not reflective of the entire species, only the winter-run. CDFW image.

NORTHERN CALIF.— Severely low numbers of baby salmon are surviving their journey down the Sacramento River to the sea. This realization is an unfortunate confirmation for conservationists’ fears that low flows and high river temperatures during the drought would eliminate a large portion of the endangered winter-run salmon that were born last year.

According to Peter Tira from the CDFW, the rivers where the salmon travel can reach 125 degrees, making it unfortunately difficult for these salmon to survive their travels.

A total of 2.6 percent of the eggs the winter-run Chinook salmon laid in the Sacramento River resulted in fry (recently hatched fish who reach the stage where its yolk-sac has almost disappeared) or inch-long baby salmon, and the rest did not survive, according to a report from the California Department of Fish and Wildlife.

According to Peter Moyle, a UC Davis Fisheries Scientist, the water that is produced by mountain ranges, that would typically create run-off for the rivers, is being collected and stored in reservoirs and basically taken from the fish. Moyle believes the solution to helping the salmon survive their entire journey is to begin giving that water back to the rivers.

In April of 2021, California removed the salmons from the reservoirs. It completed the salmon’s journey to the ocean for them instead of releasing them into rivers to save them from the taxing drought consequences. With minor snowmelt feeding into the rivers, the water was too warm for young salmon to survive.

Winter-run Chinook salmon have been on the endangered species list since Jan. 4, 1994, according to the National Oceanic and Atmospheric Administration (NOAA), and are one of nine species that made the NOAA Fisheries Species in the Spotlight, meaning it is considered to be among the most at risk of extinction in the near future.